Home » A Dad’s Perspective on Having Twins 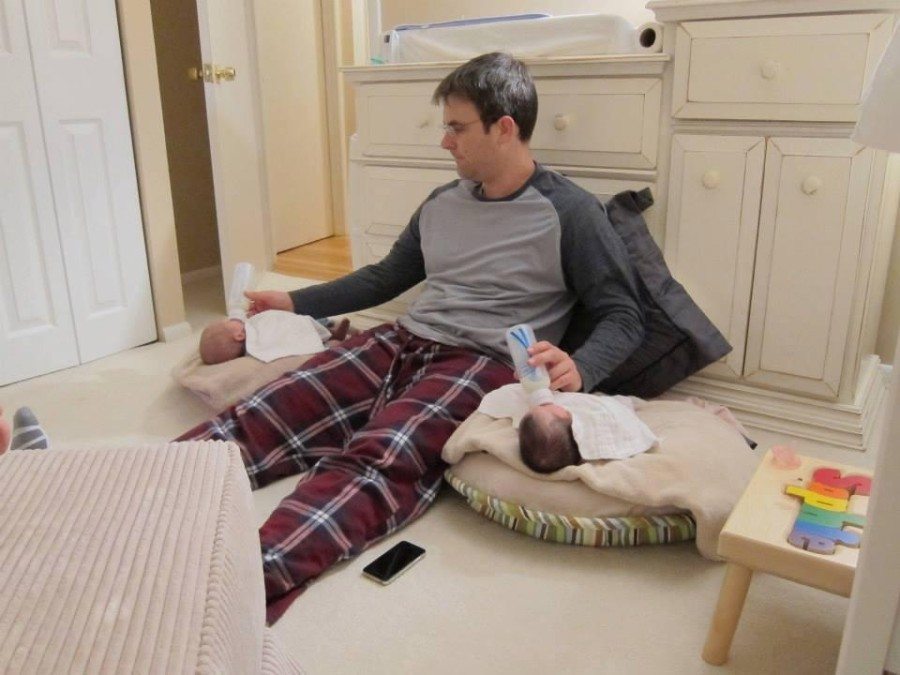 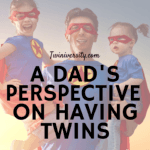 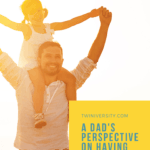 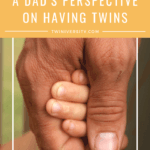 Read about a dad’s perspective on having twins, the ups and downs he’s had, and learn how having twins has changed this dad’s life for the better.

When a woman has twins, she is constantly bombarded with questions. “Is it hard? Are you always exhausted? What’s it like having two kids the same age at the same time???”

But what about the dad? It’s not often that dad gets to express his side of the story. So I interviewed my own husband to find out more from the dad’s perspective of having twins. I hope you enjoy this fun look inside the world of twin fatherhood!

(Now remember this is just one dad’s perspective of twins — a single person with his own experiences and reactions… your husband might have different answers, and that’s OK!)

Q: How did you find out you were expecting twins?

A: My wife shocked me with the sonogram picture after I arrived from a business trip. She hadn’t said anything about it when we talked on the phone so it was a happy surprise. There are twins in the family but we had never thought we could have twins. 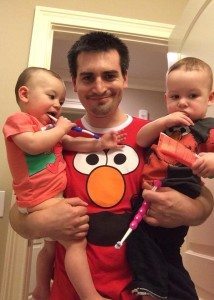 Q: How did you feel about it?

A: I thought it was great. “Two for the price of one”! (ha!) We wanted to have more than one kid anyway so why not start with two? At the time I thought it would be less work to raise them…

Q: Was it hard having your parents-in-law living with you for a month after the birth?

A: No, it was actually very nice, nothing beats working from home and being called for “lunch time”! And you really need the help at the beginning.

I remember the first night we spent at home after arriving from the hospital, we didn’t get any sleep and started laughing hysterically when we used the last of the formula bottles we had planned to use only on emergencies.

After my parents-in-law left, my parents came visit every couple of days and also helped us taking care of the kids so that we could get some sleep. They brought food, did laundry, etc. dad’s perspective

Q: Did you take paternity leave?

A: Yes, for 2 months. Paternity leave was a fantastic time which I spent with the “expanded” family (grandparents, uncles, aunts…). I enjoyed very much being with the boys, but I also realized how hard staying at home is — taking care of the household plus raising the children. 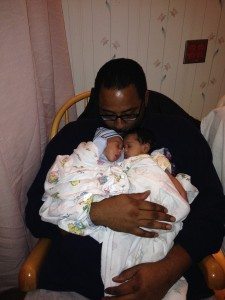 Q: What is the thing you like most about having twins?

A: Watching the twins play with each other and interact at every stage. It’s amazing how different their personalities are. I also think the parents have some influence in the behavior but not too much.

For example, we had a phase where one of them was biting but the other one wasn’t. We didn’t know what to do, they hadn’t seen us bite anybody! So why was only one of them doing it? Of course some fighting is “normal”, I have two older brothers and we also wrestled. 🙂 dad’s perspective

Q: What do you like least about having twins? (Or what is more challenging?)

A: The work of having twins is barely manageable by one person alone so you usually need two people all time. There is not usually “time off”, or down times.

Financially it is a greater expense and it is very difficult at the beginning. I imagine the first baby is hard for everybody, since you don’t know what it’s coming to you, but having two makes it even harder. A little walk through the park is a logistic masterpiece…

I have the feeling that it does get easier, and we haven’t stopped doing anything because they are twins. You have to be well organized, though. dad’s perspective 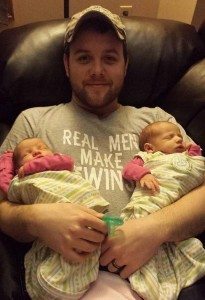 Q: If you could, would you change having 2 singletons instead of twins?

A: I wouldn’t change anything. But I wonder how it is like to have only one at a time. It must be boring! Ha!

When one of them is sick at home and the other one is at daycare it is just so much easier to care for the one child at home. Getting ready and going anywhere with only one kid is fast and if anything happens you can just carry him in your arms. dad’s perspective

Q: What have you done with twins that you probably wouldn’t have done with a singleton?

A: Stay home every night, change diapers, bottle feed them, bathe them… I probably wouldn’t have been so involved. I don’t think my father changed a single diaper!

Q: Do you take care of them alone?

A: Of course, and they actually behave much better than when mommy is there. I’m also the one “in charge” of putting them in bed at night, reading them a book, and playing some music for them. dad’s perspective 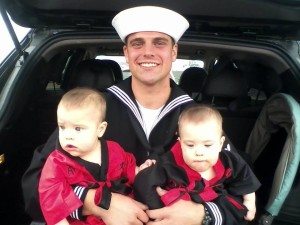 A: We haven’t done it yet. But it would be difficult to hear them calling for their brother all the time, asking where the other one is. I’m sure we’ll have the opportunity soon when they get a little older and they have different preferences.

Q: Do you want more children?

A: Hell no! Before having twins I wanted to have an ice hockey team (me, plus 5 kids), now tennis is good enough. 🙂 Well maybe if we knew for sure it’s only one and it would be a girl… but I can’t imagine how it would be if we had twins again. Besides we have been so lucky, they are healthy, and great kids. dad’s perspective 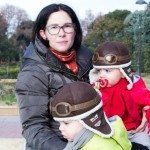 Marta Tolosa is a native of Spain and has been living in Germany for the last 12 years, where she met her American husband and raises her twin 2-year-old boys (who have 3 nationalities!) She studied computer science and works in IT. She likes to watch romantic comedies and walk back home from the movie theater. Marta is a volunteer for the Make-A-Wish Foundation.

Related Articles – A Dad’s Perspective on Having Twins

An Ode to the Twin Dads Who Have Stepped Up

How Dad Can Get Ready for Twins

The Dad’s Guide To Baby Gear For Twins