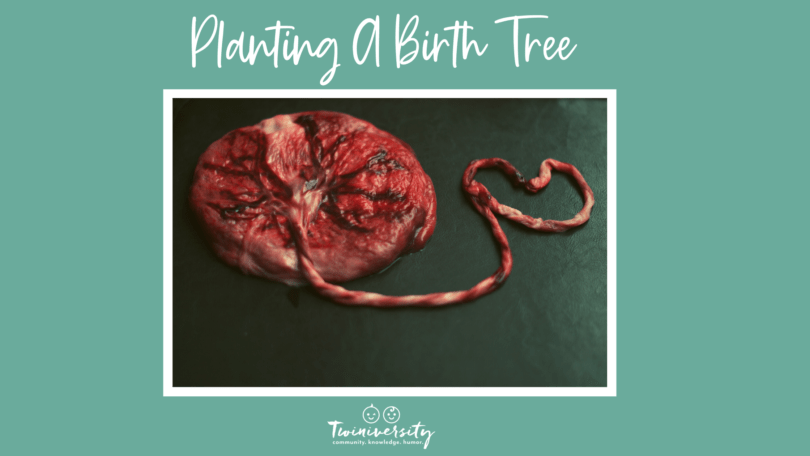 Placenta Tree of Life! Many animals have rituals when it comes to ‘disposing’ of their placenta. Mammals, for example, are known to eat the placenta after birth because of the dense richness of nutrients that their body needs (including humans long ago), and marsupials even resorb the placenta rather than delivering it. Nowadays, it’s not a common event for people to chow down on the placenta, though I have heard of some women cutting it into strips, dehydrating it, and then grinding it down into a fine powder and making capsules to ingest it instead.

I am a Maori from New Zealand, or at least I have a diluted amount of blood ties, as there are no full-blooded Maoris left in the world. But the culture is still alive and well in the land of Hobbits and Middle Earth of New Zealand, or “The Land of the Long White Cloud” as many New Zealanders know it to be. Its culture is steeped in its own unique significances and rituals, particularly when it comes to the birth of a child(ren), and very similar to the Hawaiians and the Pacific Islanders.

Though I live in Australia now (and am married to an Australian) and I wanted to honour my culture and heritage after the twins were born. Within the Maori culture, procreation is viewed as a ‘circle of life’ concept and part of that regeneration of life is to help other things to grow, or to give back to Mother Earth as she has given to us. It is our reciprocity and connection to the land that has given us life to survive and flourish.

These days we honour that connection by burying the placenta and the umbilical cord underneath a tree. A symbol of the children’s own journeys to come within the world. They will need water and nourishment to thrive and grow, just as their birth tree will too. We are literally putting ‘roots’ into the ground. The placenta tree of life birth tree is also planted in a place that has significant meaning for the family as well.

If you like this article, you should read Placenta Encapsulation: Does it Really Work?

The Maori people see the placenta and cord as just as important as the baby itself. They believe that without the placenta, the baby would cease to exist and that it gives life through its nutrients to help the baby grow and flourish. The cord is revered for its connection between the two.

As I went into labour, I made sure I notified my husband, the doctors, and the nurses as many times as I could consciously remember that I wanted to take the placenta home and not to dump it into the bio-hazard waste bin, as many are. I had to sign document after document stating that there were certain criteria that I would meet in handling it. Finally as I left hospital, I was given a bucket full of alcohol with the placenta inside. If I had been in New Zealand, they would not have blinked an eye at my request, but as I was in Australia my request was seen as very ‘different’.

For six months that container sat in our freezer waiting for the seasons to change. During those months, tired and exhausted as a new twin mother, I was thankful for the label that screamed ‘PLACENTA’ on the side of it…or the dogs might have been in for a treat. Thankfully the seasons did change, like they do, and the first rains of winter arrived. On the next sunny weekend day , we came together as a family to plant the birth tree. It was time.

Part of the ritual or the connection is putting the placenta into a vessel for it be buried in, which is called an ipu. People have been known to use unfired urns or flax woven baskets, something that would decompose. I decided that I wanted to used my skills to weave a special basket for the occasion; my gift to the placenta at the marvelous job that it had done.

Next I wanted to honour the ‘what’ and the ‘why’ of what we were doing, communicating with Mother Earth about the child(ren), their ancestors, and the significance of the symbol. I wrote a two page prose describing how the children were connected to many cultures from many different lands – Scotland, Ireland, England, New Zealand and Australia – stretching back over 30 generations. It was a reminder that we are all connected, that we all come from somewhere.

During the last week of my twins pregnancy the two placentas had merged, so the one placenta went inside the woven basket, placed into the hole, the roots of the birth tree were planted on top and the soil was filled in. My mother-in-law chose the white mulberry tree as the twin’s tree because of the nature of the land and the climate, but also as it will bear fruit to eat and the children will be able to play in it when it grows.

The final part of the ceremony was finished with the sharing of a meal together, called a hakari, a similar version of breaking bread or a wake after a funeral. A celebration of the miraculous journey: from the shock of the conception, the complications throughout the pregnancy, the stressful birth, and the overwhelming first six months of their lives. Now we wait and watch as the twin’s tree starts its own journey too.

Tread lightly in life for our time is finite. Go forth knowing that our spirit and our body are one. Embrace your differences and embrace who you are, for that is all the ones that love you can hope for. Be kind to all of God’s creatures and respect others, as you yourself wish to be respected. Cry when you need to, be angry when it is appropriate, laugh whenever you can and love as often as your heart’s beat. For we only get one chance in this body that we have been given. Go forth and grow, spread your roots out into new pastures and grow as tall and as strong as you want to be…just as your tree will grow for you.

Briar Wright is a full time mother who cannot decide if she should go back to work, and a wife who still cannot decide if she should change her last name, years after marriage as well. She married her own ‘Ice Man’ in the air force and tries to manage her day with a tight schedule. If only the twins and dogs were on board, the things she could do! For more articles by Briar on Twiniversity, click here.

Placenta Encapsulation: Does is really work?

Eating your placenta and other things to do with it

Video of Twins Inside the Womb!

🎉 Thank you to our amazing partners 🎉