Home » We thought we made a great team… until twins! 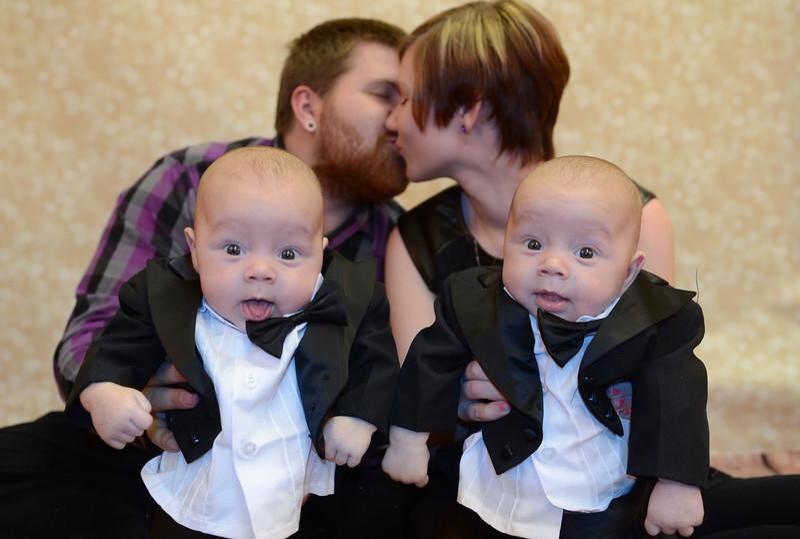 In August of 2001, I married my college sweetheart, my best friend, the person who I enjoyed spending time with more than anyone else. As newlyweds we truly had an idyllic marriage. We bought a house and made it our own, traveled, hosted dinner parties for friends, enjoyed hobbies (together and separately), and couldn’t believe how “lucky” we were to be in such a blissful, committed, fun relationship. Nevertheless, we felt like something was missing and began to imagine how much more wonderful our life would be when we became “mom and dad,” instead of just the happily married couple. In 2008 our dream of having children became a reality (x2), but our visions of transitioning into a picture perfect, happy little family did not. 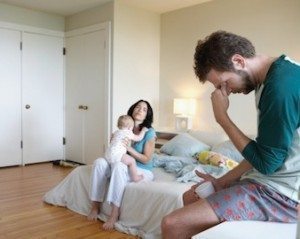 The first few months of twin parenthood were very rough for us, and for our marriage in particular. It was easy to figure out why we were floundering. Our seven child-free years before we welcomed the twins meant that we were accustomed to being selfish and carefree. We had very few worries or concerns and, if I am being honest, our relationship had never been tested. We had never had to put much work into it and therefore never learned how to truly weather the ups and downs. Prior to parenting newborns we rarely snapped at each other, never fought, and certainly didn’t have such strong opinions on the “right” way to feed a baby, or swaddle, or change a diaper. Post babies, however, glares and resentment and exasperation became the norm. We just couldn’t seem to find a way to communicate and connect amidst the new challenges and responsibilities (and sleep deprivation) that our bundles of joy brought with them.

We were diligently trying to follow the advice of well-meaning friends and family. We were taking shifts caring for the babies, I was trying to breastfeed to no avail, and we both were worrying about the million things that new parents inevitably worry about, but try not to (per the advice of everyone). I was counting down the days, with equal parts dread and desperation, to when my maternity leave would be over and I could (or “would have to” – depending on the day) go back to work. My husband worked from home at the time, and while I spent the time during his “shift” pumping, or preparing bottles, or doing laundry, or anything other than what I should have done (sleep), he was much better at making the most of his “time off.” He would sleep or work and I would be with the twins alternately seething and crying, just feeling overwhelmed and truly wondering how he seemed to be much more adept at caring for them both at once AND getting enough sleep to function, and even work. 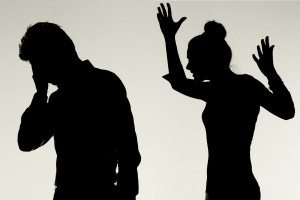 It all came to a head one evening when the twins were still not even two months old. It was my turn for the middle of the night shift, but we had managed to get them to sleep fairly quickly for a change that evening and I had almost a full three hours to try to get some sleep before I had to wake them and feed them (doctors orders, since they were preemies). At this point they had been doing pretty good sleeping in between feedings at night and I was so excited at the prospect of getting uninterrupted sleep. I DID get some sleep – too much sleep – we both slept right through the alarm! On my way to get two bottles and warm them up I heard my daughter wailing. I stopped in her room and scooped her up, trying to avoid waking my son just yet. While in the kitchen, with my still very hungry and angry daughter, I heard my son crying even more insistently. I scrambled back to their room with the bottles, propped them each on a Boppy and tried to get them to eat. By this time, though, they were both so worked up that they couldn’t even breathe to take the bottle. I screamed (loudly), threw the bottles down, and just began to cry. My husband heard my yell through the monitor and came into the room. We got both babies fed and put back to bed and then finally had a long talk that probably should have happened way sooner.

From our conversation we came to a compromise. No more shifts, no more breastfeeding attempts, and no more keeping quiet on things that were bothering us. The approach of team feeding and rocking, switching to all formula, and eventually implementing a pretty strict schedule was the best for us – maybe (probably) not for someone else. If our work, life, and sleep demands and parenting priorities were different, that compromise would have to have been different, too. The key is, though, that we both had to determine what was important to us and work to find a solution that made each of us happier. Some of my favorite memories of early parenthood are of the time we spent watching one particular middle of the night show while feeding the babies and talking and laughing and reconnecting. Later, when the babies were finally and blessedly on a schedule, I relished evenings spent with my husband grilling dinner and sitting out by the fire pit while listening to the sounds of sleeping babies. I heard my fair share of grumbles and opinions from family and friends about our unwillingness to go “off schedule,” and negative comments about how early we put our kids to bed, but the opportunity to spend time with my husband and for us to be the couple we remembered, was well worth enduring some jabs and jibes. Even better, the kids really seemed to flourish with the schedule!

Now that my children are older there is definitely not a strict schedule, and more often than not we are grilling or playing outside as a family rather than a couple. I can tell that the new challenge will be to try to remember that we need time as a couple, too. Family time is so much fun these days, that I can see that couple time may get neglected. When activities and school events and family outings seem to be eclipsing time we can spend together, I hope I can recall the lesson that having newborn twins taught me six years ago – marriage and relationships take work, they require communication and compromise, and couples need opportunities to connect. Where the “luck” comes in is being with someone who makes it worth it to put in the effort. I am very lucky, indeed!