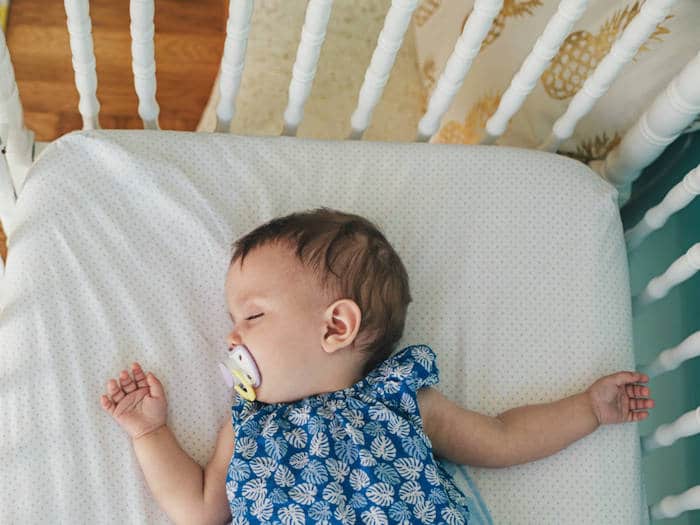 One of our Twiniversity members, Gabriela, put it best: “Nap is like Fight Club. You can’t talk about the nap, or you’ll jinx yourself and it won’t happen!”

We polled our Twiniversity members to find out the twins nap schedule they are currently using. The comments are listed in order of the twins’ age.

As you can see, every set of twins is different! You can see similar patterns forming around different ages but these comments are by no means the rule. This list is just to give you an idea of what to expect at various ages.

My almost 6 mo old b/b twins are still napping three times a day: get up between 6:30-7, nap 8:45, 12ish and 2:45, with bedtime at about 6:30 and they generally sleep through the night. I know we need to get to two naps a day but they get so tired and cranky if I push their awake time too much.

9 month b/g twins. Nap around 9am for 1-2 hours. They take a second nap around 1pm for the same amount of time.

10 month boys. Mid morning nap, after lunch nap and anytime in the car!

There’s a decent snuggle on the couch nap about half an hour to an hour after breakfast. Most days it’s around 9/10-10/11. Then they both usually fall asleep in the car between errands and picking up big brother from school which means approx 1:45-3:15 give or take 15 min on either end. Then we have a 50/50 shot of either or both of them crashing for about 20-40 minutes somewhere between 4:30 & 6. Bed time is at 9pm. They are 10 month old boys and this has been their schedule for a very, very long time. It’s just what always happened, I never enforced it- but now I do enforce the first nap and encourage the second one.

My b/b twins just turned one, and they sleep about 12 hours all night and take one 2 hour nap and one 1 hour nap. I expect they will soon not need the one hour nap. Great babies and we have a lot fun!

1 y/o’s take a nap 4-5 hrs after waking up in the morning and if needs be a 1 hr or less nap in the later afternoon. The morning nap runs about 2 hours.

My frat boys are almost one year old (tomorrow!) and just finally got on a nap schedule. They usually wake up about 6:30a, we play and they have bottles / nurse, play some more, breakfast at 8:30a and then nap around 9. They sleep anywhere from 1-3 hours, I have NOT been waking the other up when the first one wakes. Bottle / nurse about 11:30a and then play for a while or I run errands and down for afternoon nap around 1-ish. Depending on how long he morning nap is will determine the length of afternoon nap, 1-2 hours. Up by 3p, another bottle / nurse and then play until dinner at 5:30, then bath / bottle / bed by 7:30p. Sorry, this is more of an all over schedule not just naps!

17-month-old boys: “We finished transitioning them to 1 nap a day just a few weeks ago. It was a long and tedious process, I’m not going to lie. We bumped their nap time back by 15-20 minutes every week or so. They used to take their morning nap at 9 am and afternoon nap at 1 pm. We started by bumping it back as far as they could go, which was usually around 10:30. Then keeping it there for a week, then pushing it back to 10:45, then 11:00, etc. So it took about 4-5 weeks but it was well worth it. Now they sleep from 12 – 2 or 3 every day. Now keep in mind that their bedtime is between 6:30-7 pm and they get up around 6:15 am every day and they sleep overnight in the same room. But we don’t nap them in the same room — we nap 1 of the boys in a pack n play in our master bedroom. We also had to play around with when they had lunch. At first we were delaying lunch until after their nap (eating around 12:30 or 1 or even later) and once they started going down later like around 11:30 we moved lunch to before the nap (like around 11 am) and I think this helped to make them sleep longer since they had full bellies. Now they eat at 11:30 and nap at 12 or 12:15.”

18 mo b/g, nap in same room usually falling asleep within minutes of each other, 1-2 hour nap, bedtimes 8-6. But it can vary a bit depending in the day, of course.

19mo old and nap directly after lunch. Lunch is anywhere from 11:30-12:30 depending on morning wake up and they sleep for 2-3 hours most days.

My frat g/g twins are napping on me right now lol they are 22 months old. They take a nap anywhere between noon and 4 and sleep on average an hour and a half. They only take a nap maybe 4 days a week. Even as newborns they only took 1 nap a day for maybe 2 hours despite my best efforts

2 y/o b/g twins nap from about Noon-2p or 2:30. They take turns getting the “Good Napper Award” (one almost always sleeps longer than the other.) They share a room, but have their own cribs. twins nap schedules

Right now my b/g twins are 2 years, 3-month-old. They nap once a day in the afternoon. They nap in separate rooms, but sleep together at night. They go down between 1-2 and usually sleep 1-3 hours.

I have identical twin boys who will be 2 on the 30th of April they sleep between 1-2 hrs anytime after noon. twins nap schedules

Boys, 28 months, 1-3pm or 4pm. Nap in separate rooms, sleep at night in same room. Working on cutting naps back to 1 or 2 hours consistently so I can move bed time up from 8 to 7 or 7:30. twins nap schedules

28 months b/g they nap right after lunch from about 12-2pm. It can vary by 30-45 on getting down. They share a room and we keep the same schedule at both daycare and home. They go down for bed at 730 and sleep til 645 am when we wake them up for daycare. Weekend vary for wake time from 7-9am.

3.5 yr old identical boys they don’t nap anymore heck they even fight bed time but if I let them sleep during the day they will stay up very late at night miss them sleeping 7-7 everyday.

4 years b/g twins. Nap 1-230 or 3 at home during the weekend and at preschool during weekdays. Son always nap and daughter sometime skipped at home if not enough activities in the morning.

Soon to be 4 identical boys…no nap. Wish I could take one!

From age 1 to 2 fraternal g/g twins took two naps. One from 10am to 11am and another from 2pm to 3pm. From age 3 to 4 only one nap around 1pm. Once they turned 4 they pretty much stopped napping. Takes a lot to get them to take a nap now a days.

Getting Your Twins To Nap

Getting Twins on a Feeding and Sleeping Schedule