Home » Separate Rooms Or Not… That is the Question. 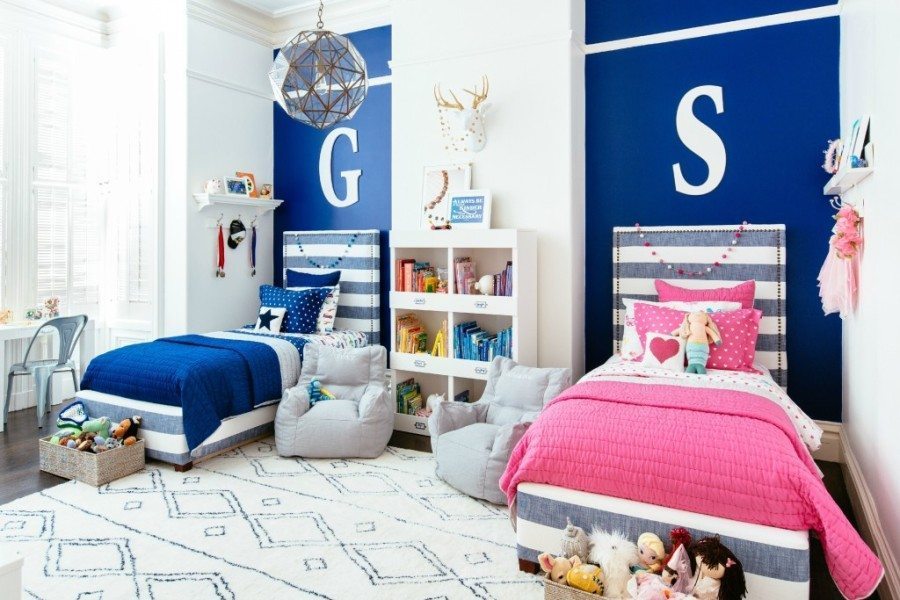 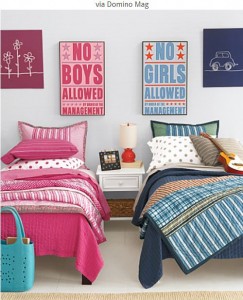 There is always one constant question in the process of raising boy/girl twins. Should we separate them? Whether it is in school or at home, the question of separating your twins always seems like the hardest to answer. For my own personal experience I have yet to really answer it myself. My twins were born two months early and had a rocky start. The NICU policy was very strict about putting them together. So they were separated the entire time they were there. Almost two months of being apart from each other and I worried incessantly that they would be missing each other. When we finally got to bring them home and put them together it was an awe-inspiring moment for me. My son had issues with bradycardia (apnea) and I swear it seemed like he got better by leaps and bounds the moment we put him with his sister.

They share a room now and I really can’t imagine it any other way. But I have to ask…when is it time? Should I make the decision or should I let them? What if I make the decision for them and it’s the wrong one and it disrupts their schedule (something highly valued in the twin world)? What if they make the decision and then after we’ve done all this changing they don’t like it? Is it inappropriate at a certain age? I have done copious amounts of research on the subject. Are there legal issues in my state? Florida isn’t specific just suggestive that at the age of 5 different sex children should not share a room. But what about with twins? Do the rules apply the same for them? So I sat down and asked myself these questions:

Liah is a VERY active child, whereas Liam is laid back. Would it be better for him to have the quiet space away from his sometimes overactive sister? But I recall walking in their room in the mornings and seeing Liam trying to wake HER up. So I think he might miss her energy.

2. Do they cling to each other?

My Liam follows his sister pretty much anywhere she goes. She is definitely the dominant twin and he is more than happy to be passive and let her take the lead. So keeping that in mind, if I went through the trouble of putting them in separate rooms, would it all be for naught? Would he just end up in his sister’s room anyway? I have to answer yes right now.

My twins are 22 months old right now so it’s not a pressing issue. They are still in their cribs and they spend more time in the great room than in their bedroom. I think maybe once they are out of their cribs we may have to reassess. As it stands, they are content and on a perfect sleeping schedule. But when they are older, they may wake up differently (Liam is always up first) and this may pose a problem for Liah as she LOVES her sleep. So perhaps then it will be time to think about a different sleeping situation. 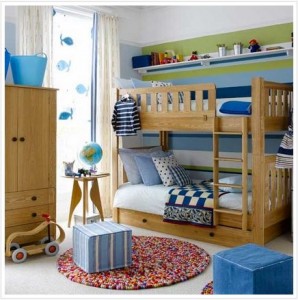 4. Do you have a good support system at home?

I am blessed to have a wonderful family that is fully supportive in all that I do with my twins. But not all mamas are that lucky. If you are a single mother, for instance, it would probably be easier on you to keep them in the same room for as long as you can as it would be easier to keep an eye on them in the same area. I am lucky enough to take each moment as it comes but those less fortunate than me have to be much more planned out with things. So if you have to go at it on your own or with very little support, you might want to start thinking now what you want to do so that you have a good game plan.

I must have asked a hundred different mothers the question about should I separate and when should I. There were many varying degrees of answers, but they were all universal in respect to my question. All twins are different. There are no two alike. So you have to really take a hard long look at your twins and figure out what is best for them and you as well.

If you decided to keep them in the same room for a while there are a few pointers I have gathered in my research. You can do it in one of two ways.

Gender Neutral: Paint the room a neutral color and accent with boy/girl colors so that when it is time to put them in their own rooms, all you have to do is move the colored accessories to the new room.

Down the Center: My best advice for this one is to divide the room in half. My best option is a large book shelf, bolted down, that separates the room. They are still together, yet have their own space.

Whatever decision you make, remember this: nothing is ever so permanent you can’t change it. The important thing to understand is that if you just pay attention to your twins, their actions will show you which is the best choice for your family.