Home » In-Laws Don’t Have to Be Outlaws 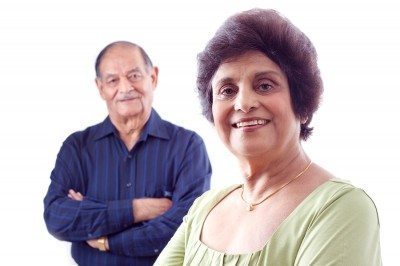 In-law relationships are a strange animal. You meet and fall in love with your spouse. You get married and inherit a whole new family. Most of us believe that because we have fallen in love with our spouses, we will automatically fall in love with their relatives, becoming one big happy family. But oh, if it were only that simple.

When two people commit and two families come together, there are bound to be some hiccups, misunderstandings, and conflict. Learning how to navigate those potential minefields is essential. And the basis to everyone getting along is having good, solid communication and clear boundaries. Conflict and misunderstandings are a given when different personalities, histories, and beliefs are merged, however when these differences occur, communicating effectively and setting clear boundaries are paramount.

I learned my lesson on in-law relationships the hard way. My in-laws and I had always had a great relationship. We could talk about anything, but subjects such as shopping, traveling and current events were our most common topics. And we could speak about those topics with ease. My mother-in-law and I have a lot in common. She has always had a very sweet personality and we had always gotten along well.

However, everything changed when I had kids. The entire dynamic of our relationship changed. When my twins were born, like most mothers, I developed a philosophy of child-rearing that was defined and very specific. I had thoughts and beliefs on how my children would be raised and I had developed child-rearing practices that aligned with those beliefs. However, my mother-in-law, like many in her generation, was “old school” and she was very vocal about her beliefs. So, of course, there were some conflicts as a result.

I can recall quite a few incidents where I may not have handled it in the most effective and communicative way. As a result, I allowed my resentment to fester. In my mind, my in-law was becoming an outlaw. That was my mistake. I allowed her to cross boundaries, and I, thinking I was making things better by not speaking up, actually grew some resentment. And that resentment was not only directed at my in-laws — it also affected my marriage as well.

I have learned through a lot of trial and error that setting clear boundaries and communicating them to my spouse and my mother in law was important in good in-law relationships. In my effort to “keep the peace” I was allowing others to encroach on my boundaries. In fact, it was counterproductive. I was not keeping the peace but, rather inadvertently, damaging my relationships. When a disagreement occurs, the worst thing that you can do is not communicate your feelings. Bottling up concerns and feelings will only cause those emotions and feelings to fester. Built up emotions and conflicts can quickly turn into resentment and ill feelings. When a misunderstanding occurs between in-laws, it is important to first communicate your feelings to your spouse. However, be careful with your words — you do not want your spouse to feel like he or she is in the middle. They love their parents, I’m sure. But your feelings should be communicated in a way that is sensitive to your spouse’s position in the matter. It is also important to communicate with your in-law. Being sensitive to their feelings as well, it is important to recognize that many times, people are not cognizant that their words or actions offend and those actions are many times coming from a place of love and concern. In in-law relationships, it is important to recognize and acknowledge that fact.

In the end, I realized that my mother in law was not doing what she was doing out of malice. She very much cared for me, my husband, and children. She was not an outlaw. The problem wasn’t that we had different child rearing practices or philosophies. That, in and of itself, wasn’t a bad thing. The problem came from not speaking up. I love my in-laws and wouldn’t trade them for the world. They add so much joy and happiness to my family. Always remember that your in-laws are family and are your children’s grandparents. Take care of and cherish that relationship that you have with them. Your kids benefit by having so many loving adults around that care for them and support them. Don’t let conflicts, which are almost always minor in the grand scheme of things, rob you of the intangible gifts that these relationships bring to your family’s life.

Rashain Carriere-Williams and her husband, Kellom, are the parents of 3-year-old boy/girl twins, Aubrey Madison and Karson Michael.  She is also senior director at a non-profit agency in New Orleans, LA.