Home » How My Mothers of Twins Club Has Enhanced My Life 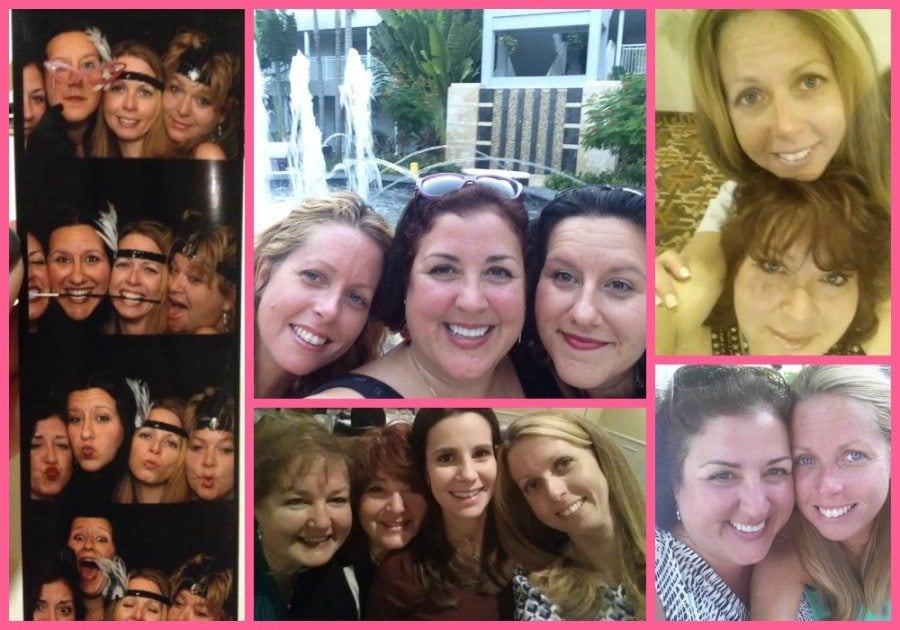 Before I became a twin mom I was “friends” or more so acquaintances with other moms. I had a daughter who was 12 when my twins were born so I was friendly with other moms. Out of all the moms I interacted with at my daughter’s school or at her after school activities there was no one who I considered a “soul sister”. I did have close knit relationships with a few select friends from college, high school and as far back as elementary school, and I had work friends, but being a mom of twins changes things. Your time is extremely limited, money is tight, stress is heightened. Some friends don’t understand and can’t comprehend what you are going through. It wasn’t until I became a mom of twins that I met some of the most amazing women who I consider true friends, who I have a bond with like no other.

How I got involved with my local twins club

When my twins were about 2 months old, we were on line in a local bagel store and a woman stopped me and told me she had twins and asked if I had joined the local Mothers of Twins Club. I had never even heard of such a thing. What the heck is a Mothers of Twins Club?? She gave me a telephone number where I could leave a message and someone from the club would call me back so I could become a member.

I was never what you would consider a “joiner”, never did clubs or team sports in school, so this Mothers of Twins Club seemed very foreign to me. But the fact that this woman, a total stranger, went out of her way to write down a number and give it to me and encourage me to go to a meeting stuck with me. This woman told me it would be wonderful, I’d meet other twin moms and get out of the house. This intrigued me. Getting out of the house, that really intrigued me! My own mother had passed away a few years prior and I didn’t have a sister I could turn to either. I had friends who had kids, but none had twins. So I called and left a message. What the heck, why not?

The next week I got a call back from one of the club members. She told me that the club was the one thing that kept her sane and explained that for a small annual membership fee ($32) I could become a member. Membership included a monthly newsletter, and monthly meetings in the evening held in a recreational center that was centrally located in my county, organized play dates, holiday parties, dinners, and contact with the outside world!!! So I mailed off my check. I received my first newsletter and read it from front to back. There were stories of upcoming and past events, crafting ideas, dinners being planned. It sounded like a nice group of women. Due to the fact that my husband worked 2 jobs at that time and didn’t get home until after 10 pm most nights, I didn’t get to an actual meeting for 6 months after joining. This was was a BIG mistake on my part. I kept getting the monthly newsletters and saying I would go, but didn’t for whatever reason. When I finally got around to getting to my first meeting I actually took my twins with me. I had no choice, but it was a great choice. I was the only one there with her kids, but the women were so nice and welcoming, even holding the girls so I could have a cup of coffee and sit!

That night I met two women, Marty and Kristine, who had twins around around the same age as mine. We had an instant bond. It was like we had an unspoken understanding that we all knew the others were exhausted and overwhelmed and we empathized with one another. I don’t think I missed another meeting for another few years after that initial meeting, and thanks to my neighbor watching the twins I never had to bring them to another meeting! 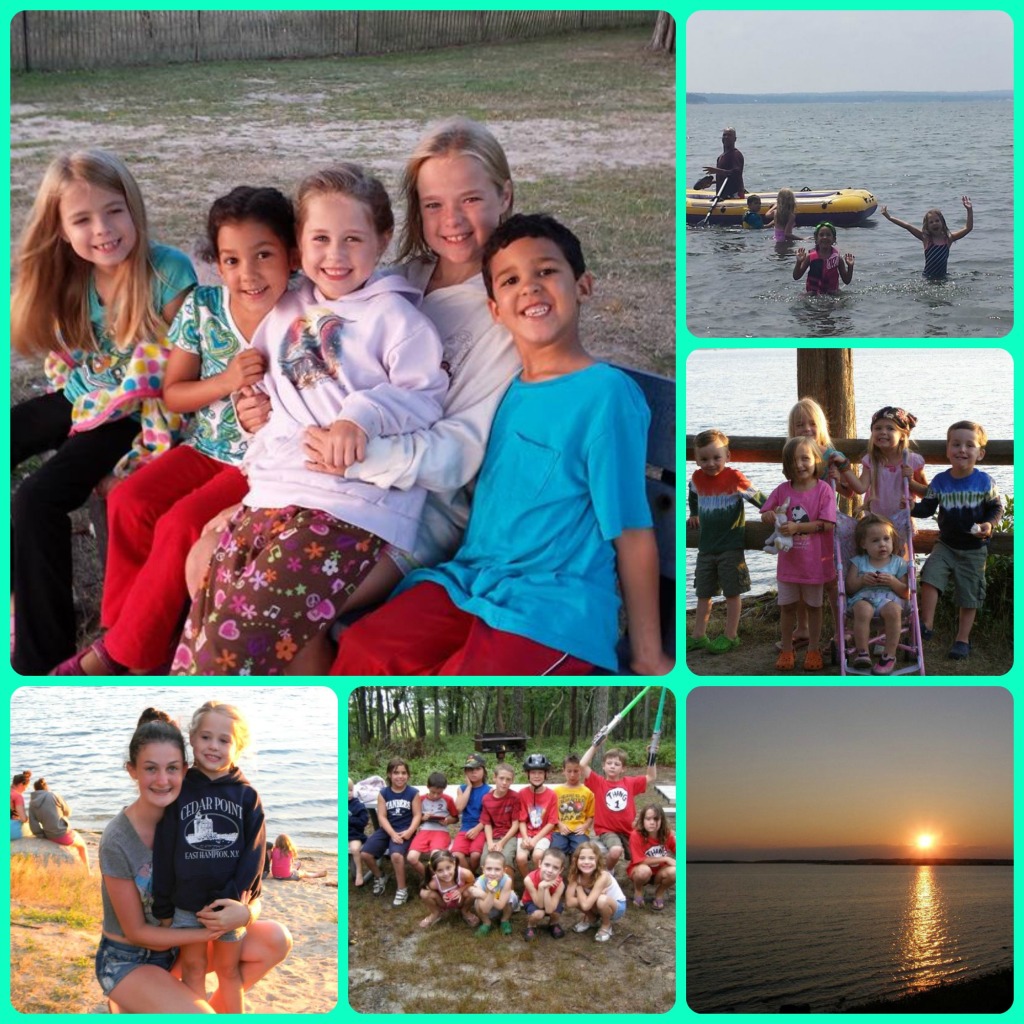 Camping memories over the past years.

By the time my twins were 2 years old, my husband and I agreed to go on the club’s annual camping trip. I was newly pregnant with my youngest, a singleton. I was dreading this trip mainly because I was fatigued and very nauseous and thought the kids would be nightmares and it would be exhausting. I was completely wrong! When we arrived, all of my fellow twin moms and dads helped us set up our tent, or kept the kids busy while we unpacked. There were so many other sets of twins and my kids always had someone to play with. It was such a nice feeling to know I wasn’t the only one who had messy kids who threw tantrums over nothing. It was comforting to witness other moms disciplining their kids and knowing you aren’t the only one stressed out. We all took turns running the kids to the bathroom or feeding each other’s kids. And we were actually able to relax and talk with one another while the kids ran around. This has become our annual summer trip and the kids talk about it year round.

In New York State, where I live, there is an annual Mothers of Twins Club convention, where clubs from all over New York converge and spend 4 days together. There are workshops, lunches, dinners, and the most important — time with other moms of multiples. The first convention I ever attended was held 20 minutes from my house in Nassau County. I had never left my kids before and felt that if I was going to go away, a 20 minute drive would be my best attempt. So off I went, anxiety and all. I roomed with a fellow Suffolk County member and one of my best friends, Lisa, as well as another member and good friend, Kristine, (the same one I met at my first meeting). This was also their first time away from their kids as well. Let’s just say after that trip we were never reluctant to go away without the kids again. I’m not sure if it was the uninterrupted showers, the ability to nap, or all the laughs we had that weekend that made it so enjoyable.

Being surrounded by almost 200 mothers of multiples in the same hotel is amazing. Many came from rural areas, some came from Manhattan, and I came from the suburbs of Long Island. Some were older with fully grown adult twins, some younger with infants. Even though our environment back at home was different, our situations were similar. We had tough, high risk pregnancies, preemie babies, NICU stays, and major sleep deprivation. There was a sense of camaraderie; we were all in the same boat.

I had gone from being in the workforce to staying at home full time when I had my twins, something I had never imagined I would be doing. I had very little contact with the outside world, and very little socialization for myself for months. Knowing I could get out of the house alone for a few hours once a month on a Tuesday night made me feel like my old self and it gave me something to look forward to. I even had the chance volunteer as refreshment coordinator and did the circulation of the newsletter. It gave me a small sense of responsibility other than my everyday duties at home. I was even a member of the Ways and Means Committee at the 2014 New York State Mothers of Twins Convention. Who knew I could do that??

My experience with my local Mothers of Twins club was extremely positive. Not to say that I didn’t have my differences with some members, it happens. If I had never joined I would have never met Natalie Diaz (founder of Twiniversity) at my first annual convention and I wouldn’t be a contributor for Twiniversity, writing this piece. I would have never met Lisa Torres, who I consider one of my best friends. Our kids are like cousins and and we can depend on each other without hesitation. The connections made within this group are strong and has made my life more fulfilled.

I encourage all twin moms to reach out to their local support group. It might change your life. When I tell non-twin moms about the club I say that it is a lot like PTA, except instead of doing things for your kids, you are doing things for yourself. You can’t take care of others if you haven’t taken care of yourself. I’ve even been told by non-twin moms that they want twins just to be in the club and do all the fun things we do. I have a network of local moms who I can call or email if I need advice, or if I need to just vent because I’ve had a rough day. They are the sisters God forgot to give me. Our club motto is “God chose our members” and I’m happy he chose me! 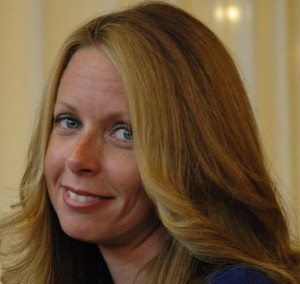 Lauren Oak is the Social Media Promotions Manager for Twiniversity. She is happily married to the world most hard working man, Dan, and they have 4 daughters, a 20 year old, 8 year old twins, and a 5 year old. She has been the member of the Suffolk County Mothers of Twins Club since 2006.