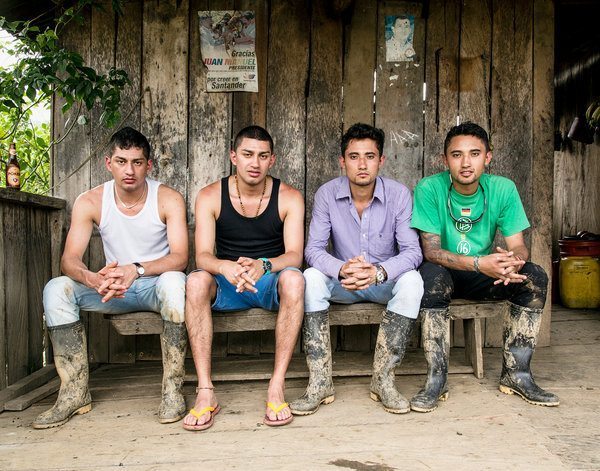 You have to stop whatever you're doing right now and read this incredible article in The New York Times Magazine.

Two sets of supposed fraternal twins — Jorge and Carlos Castro and William and Wilber Velasco — learned they are actually identical twins who were switched as babies! The four men were born at the same hospital in Colombia and were accidentally separated from their identical twin while in the hospital. William and Carlos are the switched babies who went home with a new family. No one knew for over 20 years. It was only found out when a mutual connection spotted William working at a butcher shop and thought he was Jorge. What unravels from that moment leads to an incredible reunion, 24 years in the making.

“The four young men in Bogotá had each been raised as a fraternal twin, an identity in and of itself. Now, they realized, they were each an identical twin, part of a matched pair. Even before the four brothers met, each was already, unknowingly, aligning himself with the sibling with whom he shared a womb. Carlos and Wilber were cautious, convinced that no one should pursue the matter any further — who knew what trouble these people could bring. William and Jorge, however, were open to the possibility of an encounter. Within hours of the revelation, Janeth had arranged for William and Jorge to meet in a public square at 9 that evening, soon after William closed up the butcher shop.” 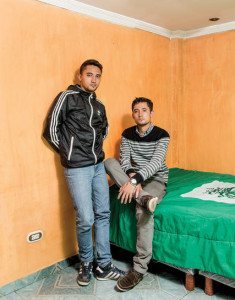 This moment — where the two sets of twins meet each other all together for the first time — is just incredible. It's like something out of a sci-fi movie.

“Carlos looked at Wilber, his mirror image. They took a quick peek at each other — they both shouted ‘‘Ay!’’ and turned their backs, covering their eyes, each turning red. Wilber started speaking, but Carlos was having a hard time catching what he was saying. Instead of rolling his R’s, Wilber spoke with hard D’s. The speech impediment! Carlos had one as a child but overcame it with speech therapy.” 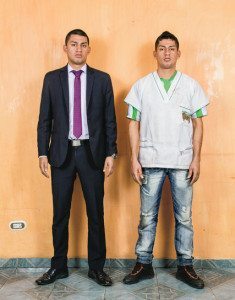 In addition to this incredible story, the article delves deep into the science and history of studying twin genetics and behavior, using various examples of twins separated at birth and raised apart to raise the question of nature vs. nuture.

Science aside, the story of Jorge and William and Carlos and Wilber is incredibly intriguing. What are the odds that two pairs of identical twins could be accidentally switched in the hospital and paired as fraternal twins and no one would notice? It really makes those hospital wristbands that they use nowadays seem a lot less annoying!

In addition, the two sets of twins were raised in very different environments; one set clearly struggled with lack of money and little opportunity. How would their career paths have differed if they had been raised with their biological families?

The article is beautifully written and explores many facets of the world of twins. It's definitely a must-read for all twins and twin parents!

Are you a new twin parent? Check out Natalie Diaz's new book “What To Do When You're Having Two: The Twin Survival Guide From Pregnancy Through the First Year”, available in stores now!

Check out the latest issue of Multiplicity Magazine! Twiniversity's quarterly online magazine is FREE and features all the hot topics and new trends for parents of multiples, as well as great coupons and product reviews!

Whether you're a twin parent in the big city surrounded by scores of resources, or a triplet parent out in the country with no one around for miles — our multiples parenting forums are for YOU! Sign up for FREE and connect with people who are just like you — parents of multiples looking for advice, parenting tips, or even just people to chat with who will understand what you're going through. Our forums are open to people all over the world and we offer scads of specialty rooms to find others who are going through the exact same thing as you. Check it out today!