Home » Nine Parenting Lessons I Learned As A Twin Mom 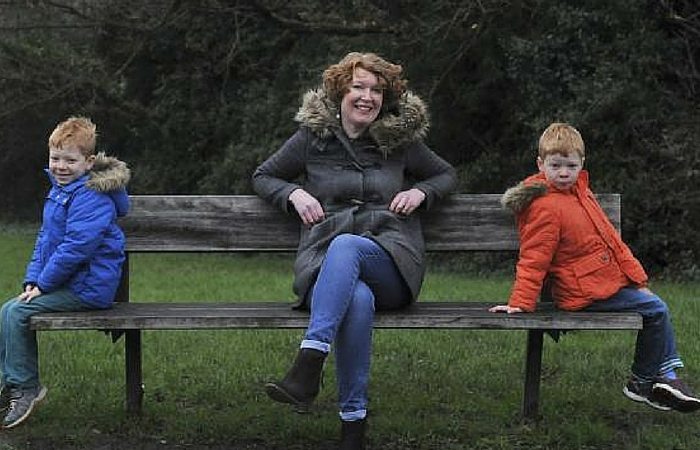 Having twins obviously changes your life in many ways. Read about the nine parenting lessons a mom of twins learned after she had her twins.

Seven years ago, a hesitant sonogram technician told my husband and me that our second baby was not one baby, but identical twins. Our shock was seismic. We didn’t know any other twins or anything about twins. Frankly, we weren’t even quite sure how we’d managed it.

Separately and instantly, we both came to the same conclusion: we’d need a new car, probably a new house and certainly a new job to pay for it all, which proved to be the case. We fretted about the impact their arrival would have on our son as well. We forgot to marvel at the fact that by some amazing genetic lottery, we were expecting twins.

It took a long time to reach the astonishment stage, but here I have stayed, watching my tiny twins grow into funny, fascinating individuals. I’ve never had a better surprise in my life. Here’s nine parenting lessons I’ve learned about having twins along the way. 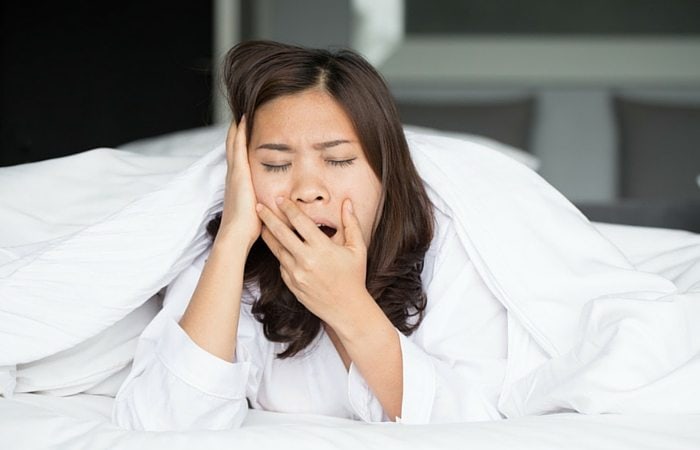 You can survive on absolutely no sleep

I expected that there would be very little sleep when my boys were newborns. I hadn’t expected to have absolutely none. Not every night, of course; sometimes I was able to have a whole hour’s nap in between the crying and feeding. parenting lessons

We soon discovered that the babies were programmed to sleep only when the other was awake, which was not the sort of twin telepathy we’d hoped for. Their “game of “sleep tag” would have been comical had it not regularly reduced me to a zombie-like shell of my former self.

It did get better, but slowly getting back normal sleep levels took more than two years. In any other circumstances, I’d have given away state secrets within minutes. As it was, I simply broke down when someone forgot to put sugar in my tea and wondered at my body’s ability to function, albeit imperfectly and very grumpily, on so little sleep. parenting lessons

There is something about two babies that more than doubles their beauty. Perhaps it is nature’s way of getting us through those first difficult newborn months. Having only known life with their twin beside them, they are often comforted simply by being close to one another and will lay gazing at each other in a way designed to melt parental hearts. Even very small twins will hold hands or reach out to touch each other.

Seeing them together solidifies the simple fact that twins really are miracles, and as parents of those little miracles we are allowed to feel pretty special, too. Almost seven years has passed, as I watch my twins engage in a perfectly equal wrestling match or exploding with laughter at a shared joke, my heart melts. Twins were never part of the plan for our family. How boring was that? parenting lessons

It is hard to ignore infant twins. And not just because their stroller takes up most of the sidewalk. The world, it seems, is almost as fascinated by your cute new arrivals as you are and, for a while, the fuss and delight that you generate on your daily trip down the dairy aisle can really lift your spirits.

However, it doesn’t take long to realize that everyone wants to know exactly the same thing. Are they twins? Are they identical? Fraternal? Do they run in the family? Are they from fertility treatments? parenting lessons

These standard questions were sometimes sprinkled with more personalized observations such as: “He looks like the feisty one.” Or, “Oh, red hair! Well, at least they’re not boys.”

Besides the worrying lack of basic biological knowledge that these questions often reveal, strangers can be quite insensitive and downright rude. Or pleasant. It depends on how much sleep you’ve had.

Being out and about with twins can leave you basking on a parental pedestal or restraining your inner Pit Bull. Either way, yes, you have got your hands full. parenting lessons

I miss my singleton

When the twins were born, my older son, Harry, was two years old. Our world was largely made up of strolling around our local park, investigating garbage cans, and counting red cars. It was so wonderful that I tend to remember it in sepia.

Then suddenly, unexpectedly early, the babies arrived and our family moved on, as all families must.

The tidal wave of noise, fuss and general upheaval that newborn twins create sweeps everything else to one side. Seeing my little boy bouncing around uncertainly in the shallows of our family life caused me a huge amount of guilt and grief.

I desperately missed our time alone together. Even now, it is a rarity. My twins, Alec and Kit, came into a chaotic family and that is how it has stayed, but Harry knew something different and neither he nor I have ever quite fully recovered from its loss. parenting lessons

Having twins closes the door on many traditional mommy and baby activities, because you simply don’t have enough hands to do with both of these babies what everyone else is doing with one.

Thankfully, swimming classes are the first to hit the skids. For three years I had a clad iron excuse not to subject myself to an overheated, over-chlorinated hell of my local swimming pool. The opportunity to stand shivering in thigh-high water, dipping my screaming infant into the tepid water while singing “Ring a Ring ’o Rosie” with other dripping, chipper moms was not something I enjoyed. (OK, so I might have done all that with my first son.) parenting lessons

Apply the above excuse for guilt-free avoidance of baby salsa, baby stroller boot camp, baby rock climbing, or any other activity on which middle-class moms are encouraged to spend money. 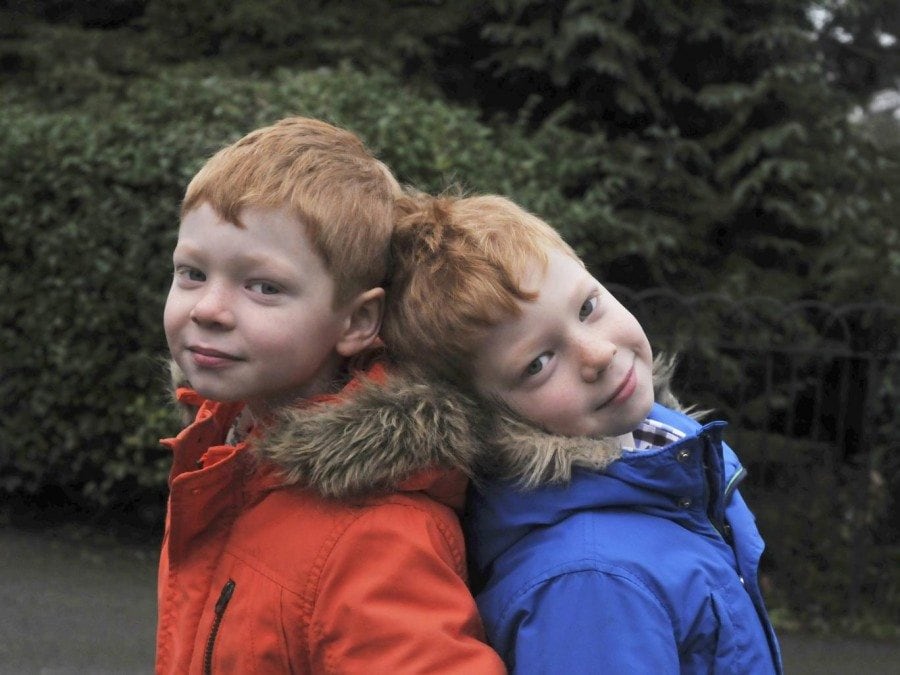 ‘Me’ time is a distant dream

With infant twins, you have two types of “me” time: going to the bathroom and having a shower. Once they become mobile, this changes and you have constant company. If you’re lucky, you’ll get a toothache and you can go to the dentist for a little quiet time.

When my babies were young, time to relax was a distant dream. In fact, it still is. Twice a year (my birthday and Mother’s Day) I am able to sleep in. The last one ended at 7 am with Alec prying open my eyelid saying: “Are you having a nice nap, Mommy?” parenting lessons

In lieu of genuine quality time in the early days, my husband and I competed over who had the luxury of undertaking the daily 15-minute round trip to the supermarket for essentials. This is a family/life balance that has yet to swing in my favour.

Twins will fight over anything and everything

A common misconception among relatives is that it is only fair to give twins an identical toy each. The bigger the better.

Apart from the strain that this places on the foundations of your home, it isn’t actually necessary. Because whatever one has, the other wants – even if they own exactly the same thing. Somehow, in their twin’s hands, the toy becomes irresistibly attractive and must be grabbed from them immediately. parenting lessons

There is nothing my twins won’t fight over, including who gets to hold my left hand and who has the green bowl with the scratch on it. Having two of everything simply doubles their options.

Opening the door and leaving the house should have been one of my more straightforward daily tasks, but with the risk of double screaming and the chance of a double diaper explosion, “running out quickly” proved impossible.

As I needed to be back home to feed the babies every three hours (I decided no one was ready for the topless performance that breastfeeding twins involves), my world completely shrank to my local park and the only store within walking distance that a double stroller would fit. Anything spontaneous needed a lot of planning.

Only another mother or father of twins can fully understand the joy, stress, fatigue, and sheer volume of diapers that caring for two newborns entails. It is therefore essential to seek other twin parents out.

At my local twins club, amid the cold coffee, glitter and stinky diapers, I found my life raft. We commiserated and laughed, slightly hysterically, at the chaos our lives had become, took turns to hold whosever baby or babies were being particularly grizzly, and speculated endlessly about when it would start to get easier.

These days, we meet in a bar, agree that life is easier but accept that the chaos is here to stay. parenting lessons

My twins are, in biological terms, clones. They began life as one fertilized egg that split into two embryos – a random, happy twist of genetic fate. The last time they were weighed and measured, they had exactly the same statistics, despite having very different appetites and eating habits. As babies, they each cut their first tooth on the same day.

Yet, despite these outward similarities, they are impossible to confuse. One is a bit brash and outwardly confident, daring but then easily bored. The other appears shy but has lots of friends, is strong willed and eager to please. One loves peanut butter, the other can’t stand it. One has a mole on his back, the other doesn’t. They have normal sibling differences, in other words. I am no more likely to confuse them with each other than I am with their older brother.

The outside world largely treats them as one, curious, person. But for those of us in the know, they are so much more than a sum of their parts.

Jessica Bomford is the author of “It’s Twins, Now What?”

10 Unofficial Twin Milestones That Nobody Talks About

My Partner is Not Being a Partner in Parenting