Home » Cholestasis of Pregnancy with a Twin Pregnancy 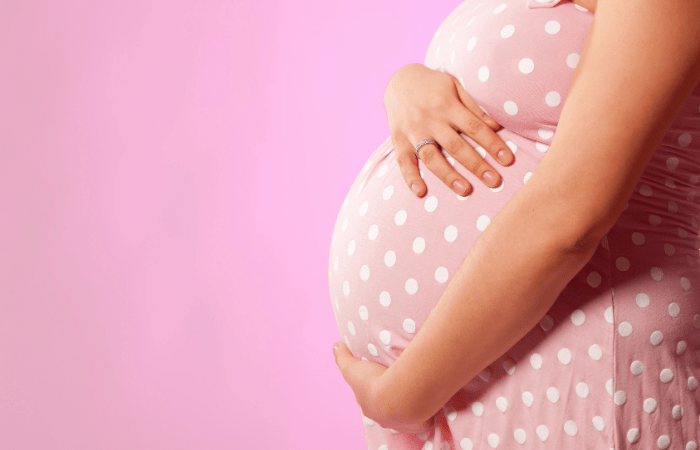 In the spring of 2013, we were given the news that would change my life forever. My wife, Megan, was in school getting her master’s degree, and she was about one year from finishing. So in February 2013, we talked and we came up with a plan – our ideal situation. Maybe we’ll get pregnant, have the baby in November, we can take off school between Thanksgiving and Christmas, maybe a little into the new year. It’ll be perfect. It seemed logical enough, so we went for it — and by “went for it” I mean we said, “Let’s see what happens this month because anything outside of the plan doesn’t give the optimal outcome.”

A few weeks go by and we’re in our “sit and wait” phase and around the third week I start to get antsy. I knew she should start her cycle soon, but days go by and I start to prepare myself to ask her to take a test. It was March 18th, 2013, a normal day by all accounts. After work, I get home and something seemed funny, but I didn’t push it. Then I walked into our room and on our bed sat a little red mailbox. I bought the mailbox a year or two prior. It was a fun way for us to pass notes, cards, or even candy. Usually, it’s for special events, anniversaries, birthdays, thank-yous and I’m sorrys, but that day I knew exactly what it was.

I remember nervously asking, “Is it?” and she responded with an equally nervous, “Is it what?” I opened the mailbox and saw the positive pregnancy test and we both immediately started crying. The following weeks were filled with excitement. I insisted that I go with her to the first OB appointment and she refused. Eventually, my persistence prevailed and she gave in. I was so excited and I was terrified that they would do an ultrasound and I would miss the first viewing of our baby. That morning we went to the doctor’s appointment and I’m so glad I did. After the doctor starts the ultrasound she says, “Do you see that?”

We both respond, “No, what is it?” I mean, we’re not doctors or in the medical field. It’s all black and white static to us. I’ve seen ultrasounds before, but they all look nearly identical.

She says again, “Do you see that?”

“No? What is it?” At this point we can see something, but we’re still confused.

Then she says it – the news that would change my life forever: “You’re having twins.”

At this point, we unleash more obscenities than we’d like to admit – “What the…! Holy… ! Is this a joke?”

And she responds with, “What is it, my delivery?”

You know that old joke, “Do you know how to make God laugh? Make a plan.” Up until we saw the doctor, everything was going according to plan. After the doctor, I couldn’t help but think of that joke and why we even bothered with a plan. We were dumbstruck and everyone in the doctor’s office was running around telling the other doctors and nurses about us — at least it seemed that way. We asked why they were so excited, you’d think being in New York City they see twins all the time. They said they don’t get too many “spontaneous twins.” (What? Great, now we have to learn this whole lingo.)

Like the first visit, I insisted that I go to every visit where there would be an ultrasound. Many pregnancies with multiples are considered at higher risk (at least, ours was) and I got to go to plenty of ultrasound visits. After the first visit, the next big visit was the “finding out the sexes visit.” I’ll be honest and say I wanted one boy and one girl, two boys, then two girls – in that order. My wife refused to talk about her preferences. On that day we could clearly see a boy. Then the second scan – before the tech could say anything you could see another boy. TWO BOYS! My wife cried and finally told me she wanted two girls. She would later change her tune and say how glad she was we had boys, but I’m getting ahead of myself.

For the most part, it was a fairly normal pregnancy. Every doctor visit, “things are great, you’ll probably make it to 38 weeks.” Weeks and months passed, the morning sickness phase never went away. Around 31 weeks the doctors noticed some abnormal liver enzymes and asked her to do a 24 hour urine test. I remember being the one who had to drop it off. Living in New York City, I carried it in a bag in a bag in a bag in a bag. With a neurotic fear that, “Someone knows I have a half-gallon of urine.” Alas, no one knew – but if they did! Gross. Anyway, the results came back and they asked us to go to labor and delivery.

Pregnant with intense itching? It could be Cholestasis of Pregnancy.

Unsure of why we were going to labor and delivery we had a bit of a panic. We were checked into a room, after a while they give her a magnesium drip and a steroid shot to prepare the babies’ lungs in the event she was going to deliver. Confusion sets in and so does the reality that “THIS is happening.” I called her mother in Ohio to tell her, “It’s time.” I was hardly able to speak and I remember my mind was racing… was she going to be OK? Were the boys going to be OK? Is this really happening? Now!? We still have a few more weeks. This wasn’t something we prepared for. It’s not 38 weeks yet!

Her symptoms didn’t fit any singular diagnosis. Her liver enzymes would jump, drop, level off, but no other major symptoms other than nausea. Preeclampsia? Nope. HELLP? Not that either. So, after a week-long hospital stay, they let us go home and she had to stay on home bed rest. We agreed to bi-weekly visits and to call if she started feeling worse.

A few things happened after that week. First, we definitely learned the hospital and felt comfortable with the general surroundings. Second, we gained full confidence in the medical care we were going to receive from the doctors and nurses. Third, we had an eye-opening experience that made the whole situation very real. A great dry run before the big day.

Nearly 3 weeks later, the night before one of our bi-weekly visits, my wife started to itch. She said her hands and feet felt like they were on fire. No ice pack could relieve her itching. During our visit with the high-risk OB, she said, “I’ll speak with your doctor, but I want you to go home and get ready because you’ll probably be delivering today.” With the previous issue of liver enzymes being high and the intense itching, a diagnosis finally came in, or at least something more actionable. She writes a prescription for the itching and another medication. We walk to the pharmacy and she gets a call from her OB/GYN and she says, “No rush. We want you to go to the hospital tonight.” This gave us a few hours to eat, clean our apartment, and have a little time to veg in our apartment – like the calm before the storm.

It turns out she had Intrahepatic Cholestasis of Pregnancy (ICP). They induced labor around 9 pm that night and things progressed nicely. She knew she wanted an epidural and once that was in place everything seemed to be lining up. I even got some sleep! I’m pretty sure I woke up around 4 am and the doctor was in the middle of breaking my wife’s water. After a day of steadily increasing the Pitocin, she never progressed past 4 or 6 cm. Late that afternoon she started to develop a fever. At that point, they decided to prepare for a c-section. The plan was to have a vaginal birth, but we were happy with a c-section if need be. What we didn’t want was to have a vaginal birth AND a c-section – not that we had any control over that, we just knew recovery would be much more difficult. In any case, we were relieved that the third option was off the table.

The c-section went pretty smoothly. In a matter of minutes, they were both out. It happened so fast! Megan asked, “They’re both over there?” I nod and her face shows nothing but amazement with a touch of fear. After 19 hours in the NICU, they were released to us. All previous questions of doubt and preparedness all faded away.

It’s been over 15 months since then and there have been many ups and downs. Plans are either scrapped or reworked. Every day is something new and presents a new challenge. On the worst days, I look back and think of how much we’ve already overcome, I try not to think about how there’s much much more ahead, and I just remember the mantra I was told, and have told every friend that has become a parent since – “This too will pass.”

What is cholestasis of pregnancy?

According to Cedars-Sinai, “Cholestasis of pregnancy is a liver problem. It slows or stops the normal flow of bile from the gallbladder. This causes itching and yellowing of your skin, eyes, and mucous membranes (jaundice). Cholestasis sometimes starts in early pregnancy. But it is more common in the second and third trimesters.”

How do I know if I have cholestasis of pregnancy?

If you have intense itching but no rash, you may have cholestasis of pregnancy. You need to see your doctor immediately to have your liver enzymes tested. Most women feel itchy on the palms of their hands or the soles of their feet, but some women feel itchy everywhere. The itching is often worse at night and may be so intense that you can’t sleep.

How is cholestasis treated in pregnancy?

You may be prescribed a medication called ursodiol (name brands: Actigall, Urso, Urso Forte), which helps to lower the level of bile in your blood. Other medications to relieve itching may also be an option. Using pine tar soap may help relieve the itching. There are other remedies for itching that can be found in this article on cholestatis of pregnancy and this article on PUPPP.