Home » PUPPP Rash and How to Treat It Quickly 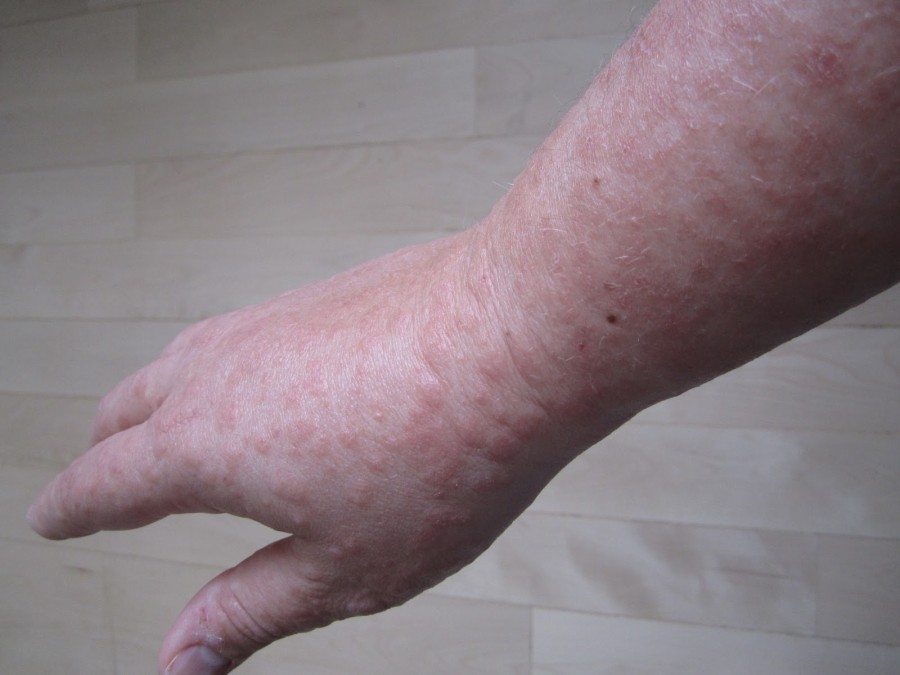 A mom of twins needed help with relief from her PUPPP rash. The Twiniversity community came to her rescue with tons of products and treatments to help.

A MoM wrote in to ask about relief for PUPPP rash. According to Wikipedia, “Pruritic urticarial papules and plaques of pregnancy (PUPPP), known in United Kingdom as polymorphic eruption of pregnancy (PEP), is a chronic hives-like rash that strikes some women during pregnancy. Although extremely annoying for its sufferers (because of the itch), it presents no long-term risk for either the mother or unborn child. PUPPP frequently begins on the abdomen and spreads to the legs, feet, arms, chest, and neck.”

“I’ve had PUPPP rash for the last part of my pregnancy with my twins and I was told it would go away after delivery, but it didn’t and it actually got worse. I’ve tried lotions, oatmeal baths, ice, etc. My doctor has prescribed multiple steroid creams and even a course of prednisone. The prednisone helped, but when I was done with the prednisone taper, the rash and horrible itching came back. I want to know if other moms have experienced this and what they did to treat it?”

– The only thing that helped my PUPPP rash was the steroid shot the doctor gave me. It went away after a week. I don’t wish this on anyone. It was horrible!

– I had the same thing happen and feel your pain! Grandpa’s Pine Tar Soap and cold baths/showers several times a day seemed to help the best with the itching. The steroid cream finally helped it go away. Definitely not what you want to be dealing with as a new mom of twins!

– I haven’t experienced it but I suggest a high grade lavender essential oil such as doTERRA. Quick relief for most rashes. I am using a regimen that is keeping stretch marks at bay so far and decreasing the pain of my body stretching.

– For me it turned out to be not pregnancy related at all but much worse. Make sure to keep in touch with your doctor. It wouldn’t hurt to see a dermatologist too.

– PUPPP rash is horrible. I did not have it with my twins, I had it with my singleton after the twins. The prednisone helped a lot! I did two rounds of it. Also Benadryl at night so I didn’t get up itching or Tylenol PM. Mine were gone about a week after delivery. Good luck!!

– Ugh, I had it too and it got WAY worse after delivery. I tried EVERYTHING. The only thing that ended up working was a gentle liver cleanse by drinking lemon water allllll day long. Squeeze as much fresh lemon as you can stand to taste into your water.

– It sounds stupid, but the inside of a banana peel worked for me, at least temporarily. Also aloe vera gel (like you use for after sunburn), but get the kind with the itch blocker — that helped as long as it stayed wet. A baking soda paste helped, until it dried. None of the usual remedies worked for my PUPPP rash so my nurse practitioner sister found these alternatives. Nothing worked perfectly but these all helped (pre-delivery).

– I have read that you usually get it either your first pregnancy or a multiple pregnancy, and the majority of people don’t get it again. This is my third pregnancy (a singleton; 1st was singleton and 2nd was twins) and I didn’t have PUPPP rash before. My doctor just told me that’s what my rash on my abdomen is. I’m wanting to know if it really is PUPPP rash. I’m obviously smaller than I was with the twins.

– I was diagnosed with it during pregnancy but switched to another belly cream and it cleared up shortly before delivery. Turns out it was an allergic reaction that developed. You may just try different lotions just to give it a shot. I took oatmeal and baking soda baths several times a day for the itch.

– Worst part about my pregnancy with my boy/girl twins. Mine stuck around after delivery and I was prescribed Prednisone. When I stopped that, PUPPP rash returned. I second the comment about Grandpa’s Pine Tar Soap and a cold shower. I think I tried every anti-itch cream available! Not fun!!

– I had it during my third trimester with my twins too and was told the same as you, but just like you mine didn’t go away and it got worse. I was never able to find anything that helped but I am now 6 months postpartum and it finally has gone away and stopped itching. Prayers for you! Hope you get some relief soon.

– I had it after my second child was born. It lasted a long time. I took multiple cold showers a day, just to take the itch away temporarily. Witch hazel or tea tree oil and ice packs might help. Good luck! I feel for you, it is awful! Anything to support your liver is good. I drink dandelion root tea now hoping to avoid it with this pregnancy.

– Salt water and sun help, so go to the beach. It took that and the steroid pack to nip it for me. I had it for 3 weeks before that.

– Oh man, that was horrible! My PUPPP rash lasted for about 2 months and started up about a week after delivery. The only thing that helped was A&D ointment and cold washcloths

– Nothing but cool baths and cold packs worked for me. So sorry you have this!

– My doc prescribed me an anti-itching medicine and then I used aloe which helped. I feel you, it sucked.

– I had PUPPP rash with my 2nd pregnancy. It took about 6 months to get to the point where I finally had it controlled but flared up for the next 2 years around ovulation.

– I had the same thing. It came on after I had my twin boys at 34 weeks. I used calamine lotion as well as hydrocortisone cream and the doctor prescribed me two rounds of steroids before it went away. I made sure not to itch it and if I felt like it was itchy I would put more cream on. Hope this helps. Good luck!!

– Sarna lotion did give me some relief for PUPPP rash.

– I had the same thing happen, I did the Prednisone as well and it returned shortly after I finished it. I wish I had some great solution for you but for me it was time. It was about 3 months after delivery when it finally went away for me. Best wishes and congrats on your twins!

No, PUPPP is not dangerous, it’s just really annoying! It’s also not dangerous for your growing babies, so you can rest assured that you and your babies are safe.

What causes Puppp rash during pregnancy?

According to the AOCD, rapid stretching of skin causes an inflammatory reaction which triggers PUPPP:

One of the risk factors for the development of PUPPP is rapid, excessive weight gain or multiple gestation pregnancy such as twins. It is thought the rapid stretching of the skin causes an inflammatory reaction due to damaged connective tissue, resulting in the urticarial or hive-like lesions.

PUPPP, or pregnancy rash, looks like itchy, red patches that spring up around stretch marks in the 3rd trimester and can spread to the arms, legs, and your rear end. But cholestasis can look the same and that can be a very dangerous condition, so make sure to be tested by your doctor for cholestasis if a rash pops up.

Does Puppp rash cause stretch marks?

How long does Puppp last?

PUPPP rash will usually disappear within 1-2 weeks after birth, but it may linger for a little while longer than that.

PUPPP is not a contagous rash so your friends and family don’t need to worry. But it’s possible the rash may spread to other areas of your body. PUPPP rash typically doesn’t spread any higher than your breasts.

Pregnant with Intense Itching? It could be Cholestasis.

A Babies Story: Cholestasis of Pregnancy

4 Weird Pregnancy Symptoms No One Warned Me About

Should I Book a Birth Photographer?