Home » The Long Road to Fertility and Twins: A Lesbian Moms Story 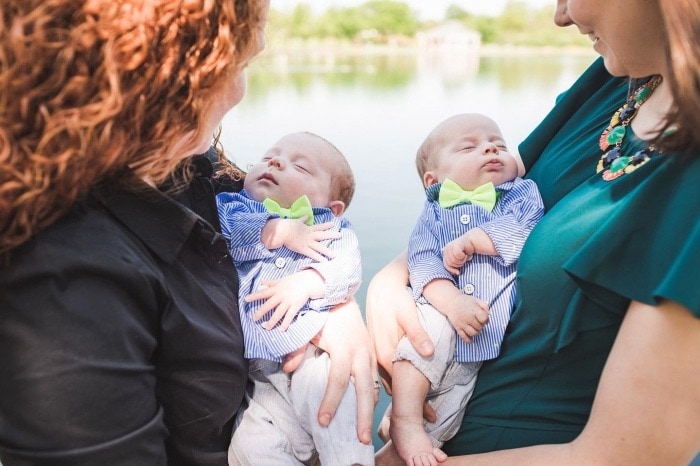 The Long Road to Fertility and Twins: A Lesbian Moms Story

My name is Ashley and I met my beautiful wife, Mallory, of almost seven years in nursing school. She is a fiery red-head, impossible to ignore, especially when we both felt a spark from the second we met. We graduated school in 2009 and started working at the hospital, spending many shifts apart early on. 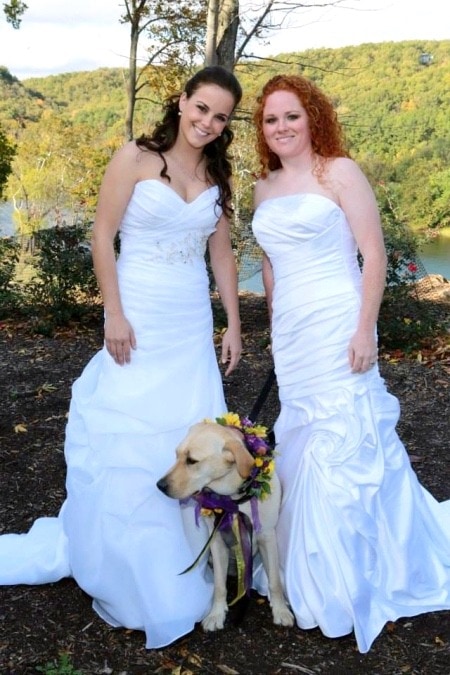 We both decided that we wanted to expand our careers to be Nurse Practitioners. Mallory started school a month after we were legally married in Washington DC and our wedding celebration with friends was a few months later that October. I started school the following year.

We met with a wonderful fertility doctor, underwent initial testing, and things looked great! Our first attempt at getting pregnant with IUI landed on our anniversary – fate, we thought. Destiny to get pregnant. That attempt failed…as did the next 6 or 7 IUI’s.

We switched fertility doctor’s and landed in another wonderful RE’s office. I was young…I was healthy…my labs looked great…no medical concerns. We continued with IUI’s now in combination with Clomid. This was unsuccessful and we added injectables. No success. I was making 4-6 eggs per cycle and none would fertilize. There were no medical issues with the donor. I was diagnosed with “unexplained infertility”.

As a woman, and as a healthcare professional, I was baffled. I blamed myself for everything…was my half caffeinated coffee that morning causing this? Did I run too many miles? Am I eating the right foods? I needed a break for my sanity and after about 12 or more unsuccessful attempts, we decided that Mallory should try. Unfortunately, we did not have success. Mallory has endometriosis and after 6 or 7 medicated IUI attempts that failed we were heartbroken. 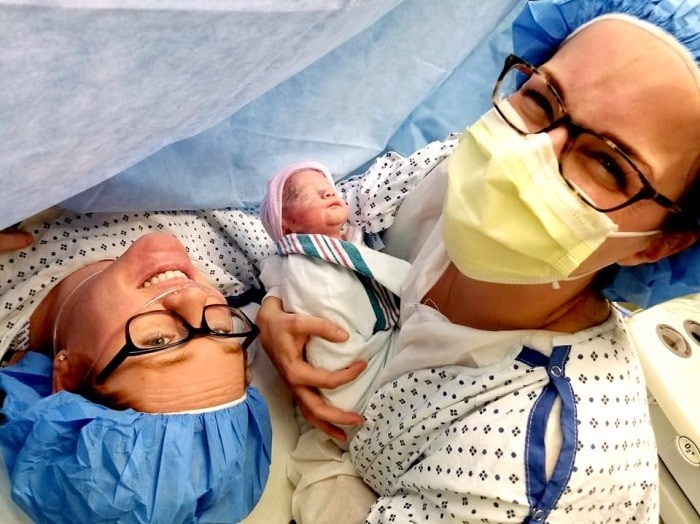 We felt like we did everything “right”. We were young, healthy, successful, madly in love, and couldn’t get pregnant. We were two females! We wanted children more than anything. We explored our other options – were we okay without children? No. Can we adopt? Of course. Do we want to pursue IVF? While we always said we did not think we would go that route, now faced with the decision it was a no brainer for us.

We decided that since neither of us was successful with previous fertility treatments, we would both harvest our eggs. The financial burden was enormous. We decided to borrow against our first home, the home we had bought with thoughts of many children running around that had been blessed thus far only by Labrador paws. Our furbabies will always be our first babies. We both successfully underwent egg retrieval. Fortunately, we were blessed with healthy embryos and it was time to move forward with the transfer.

We decided that I would transfer a very healthy embryo first. We were excited, and we felt secure this was it. It would happen. The embryo looked great and my body was ready. I had headaches for a few days and felt extremely tired after the transfer, sure signs I thought I was pregnant. I was absolutely crushed when we took a pregnancy test…and another…and another. All negative. I was emotionally done. I could not handle another “negative”. 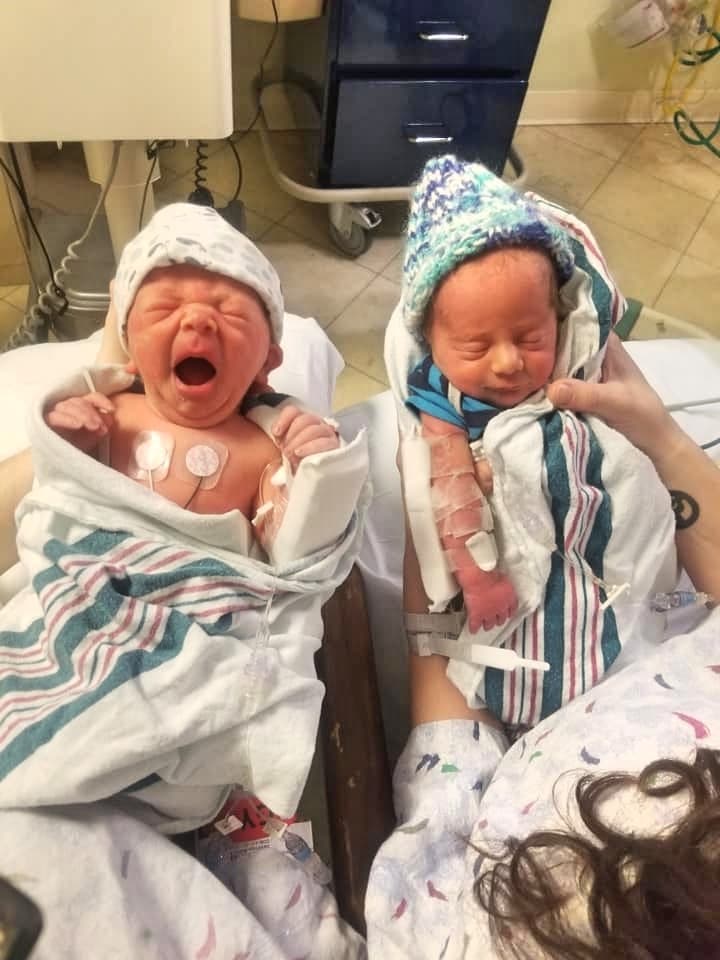 We decided that Mallory would transfer an embryo next. We tossed around the idea of transferring more than one embryo after researching this and talking with fellow moms who had undergone IVF. We discussed this with our RE who while less than excited because we were young and “healthy”, was certainly on board with doing everything he could to help us start a family.

We decided to transfer two embryos, one biologically mine and one Mallory’s. We were told it was a smaller percentage (around 20% or so) that both would implant. Pregnancy test – positive!! We were set for a follow-up ultrasound when Mallory started bleeding. Sure that this was a miscarriage as nothing else had gone right for us, we immediately went to the doctor for an Ultrasound. One heartbeat and tears of joy. A second heartbeat and we were elated. Twins!!

Mallory had a relatively smooth twin pregnancy, though we joke she slept 98% of it and the other 2% was eating fettuccine alfredo. Her water broke at 34 weeks and 2 days and we headed to the hospital for a C-section. We were blessed with two healthy boys who only required a ten-day stay in the NICU.

During the delivery, we immediately realized we would always know whose child was genetically ours as Ryder came out with red hair and crystal blue eyes, a mirror image of my beautiful wife. Hudson, our tiny but feisty nugget who broke the sac, no hair (eventually brown) and brown eyes like his mama. 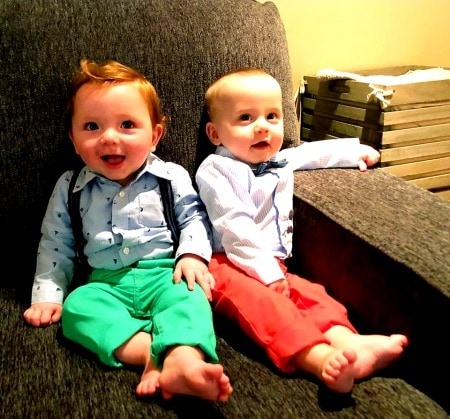 The boys just turned a year old and life has been so amazing, full of love and sleepless adventures! We cannot wait to see where this life and these boys take us. 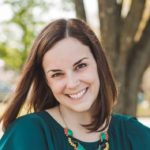 Ashley is a full-time Nurse Practitioner and CEO/Co-founder of the Family Zoo starring her red-headed wife, 13-month-old twin boys, and two slightly overweight yellow labs. She enjoys hiking, being near the ocean, reality TV and goat cheese. Loves all things travel and hopes to start exploring the world once again, now with twins in tow.

From Glitter and Glow Sticks to Bottles and Burp Cloths: I am a Gay Dad of Twins

My Transgender Pregnancy with Twins 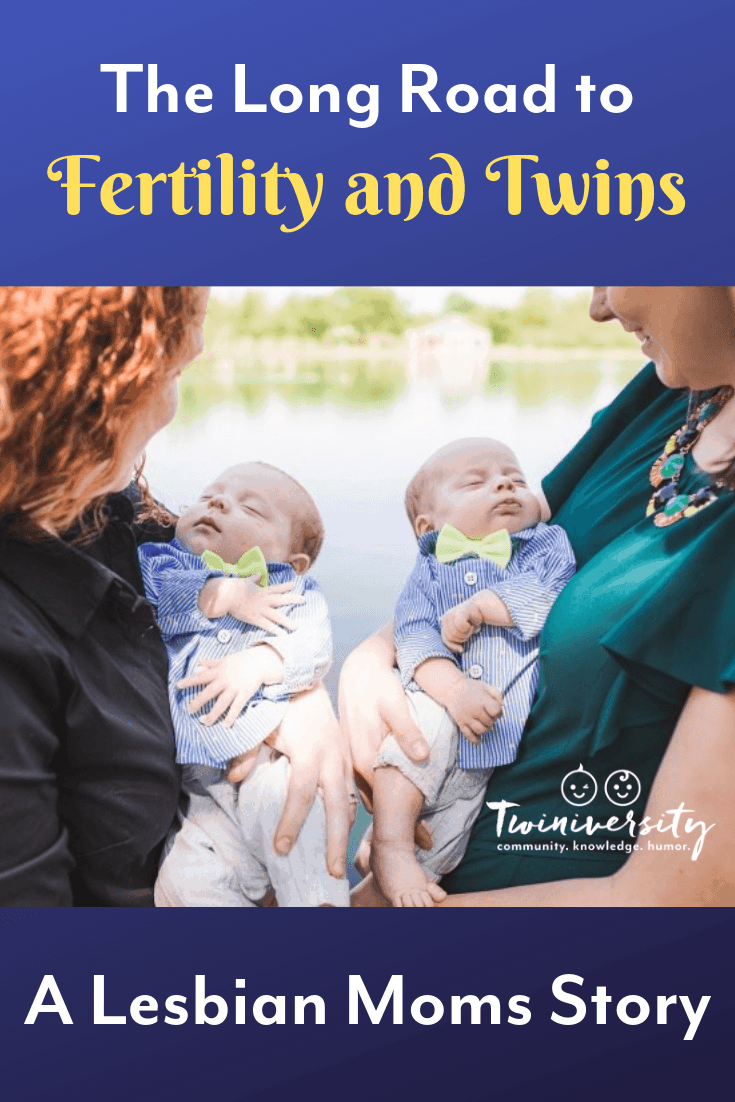