Home » Our Ordinary Life As MoMs of Twins 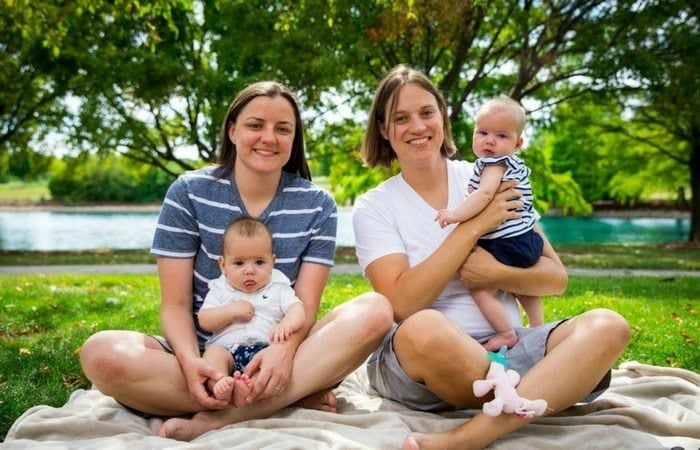 I was at the grocery store the other day waiting in line. It was just me and my twins, my son Ethan and my daughter Quinn, and we’d gotten the usual attention throughout our shopping trip. Mostly older women stopping us in the aisles to ask the usual questions; What are they? Are they identical? (almost always asked AFTER I’ve told them its a boy and a girl) How old are they? what are their names? You have your hands full! We were in the home stretch, just had to get through the line and we could head on home. There was a gentleman in front of me and he turned and saw us and went through the same questions. When I told him it was a boy and a girl, he said, “Oh, then you got your girl and your husband got his boy!” and turned back to the front. I murmured, “Something like that…” He heard me and gave me a questioning look. “I got my girl, my wife got her boy.” To his credit, he took it in stride, even though he didn’t look like someone who has a lot of experience with gay people, let alone gay parents. Then again, I don’t
necessarily look like one half of a lesbian couple and when people see a mother and her children, they assume there’s a daddy somewhere. Little do they know there are 2 moms of twins in our household.

Of course, technically, there is a daddy somewhere in the sense that there is a sperm donor out there in the world. We don’t know his name or where he lives and that’s best for us and for him- he chose to be an anonymous donor. Technically, my children have step siblings out there in the world. When I informed the sperm bank that I was pregnant, I was informed we were not the first confirmed pregnancy. But we rarely if ever think about any of that. Because we have an entire family, missing no one, just as we are. Mama, Mommy, Quinn and Ethan. There’s not really anything that different about our family versus anyone else’s. There is not a “mom” and a “dad”, but most good
relationships are complimentary, each person contributing different things for the good of the family. My wife is the primary breadwinner. I work part time from home so I can care for the kids. She does most of the yard work,
I do most of the everyday indoor chores. I’m naturally a nurturer, she prefers to play. It’s tempting to say she’s the dad and I’m the mom. But that would be inaccurate. We are both mom. 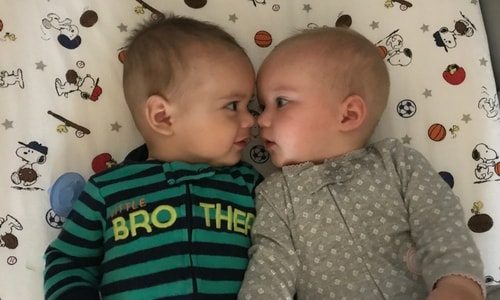 We have all the same concerns as any other parents. Exhaustion, getting two babies to sleep through the night, feeding schedules, napping schedules, diaper changes, diaper rashes, the cost of diapers, first colds, milestones, learning to crawl before learning to walk. All the little things and big things that come with having twins, those are the things that consume our days and nights. We have way more in common with other parents of twins than we do with other same-sex couples who don’t have children.

We live in an area with a high concentration of both gay and lesbian people as well as retired people. It’s an interesting combination. It’s a resort area that grew out of a pretty rural place that was predominantly about farming, hunting and fishing. Now it’s full of retirees and people with second homes from Washington D.C., Baltimore, Philadelphia, New York and all the surrounding areas. It’s become very liberal, so we’ve been very lucky in the sense that even if someone has looked at us sideways, we are not unicorns. Most people’s reaction when I tell them I’m one of a two pack of mommy’s is to tell me about their niece or daughter or their best friend’s kid who is gay and trying to have kids or already does. Fortunately for us, it’s becoming more accepted. But we are the lucky ones- we live in a place where intolerance is the thing that’s not accepted. Not everyone is as lucky as us. 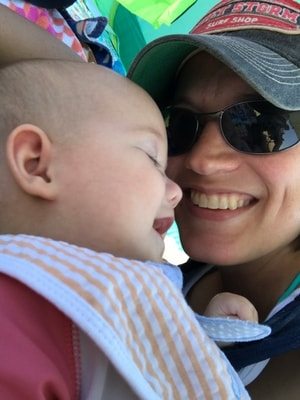 In our state, Delaware, my wife is automatically our children’s legal parent because we are married and she was put on the birth certificate, whereas her home state of Ohio requires us to hire a lawyer and formally adopt them in order to recognize her as their legal parent. So if something happens to me when we’re visiting her family, the state wouldn’t allow her to make decisions for the children, they’d instead go to my mother. There is still progress to be made, but the fact that our family exists at all is a testament to how much has already changed. Those are the big concerns. They color our lives to an extent, but the majority of our lives are lived the same as everyone else- in the small, the ordinary, the casual experiences that make up days and weeks and eventually years.

Moments like the one in Carters the other day when my wife and I were shopping for fall clothes for the babies and ran into another couple, a husband and wife, and their twins. There was that immediate recognition- we weren’t strangers. That’s the best, running into other parents of twins, especially ones close to our kids age, the warmth of knowing you are among friends. 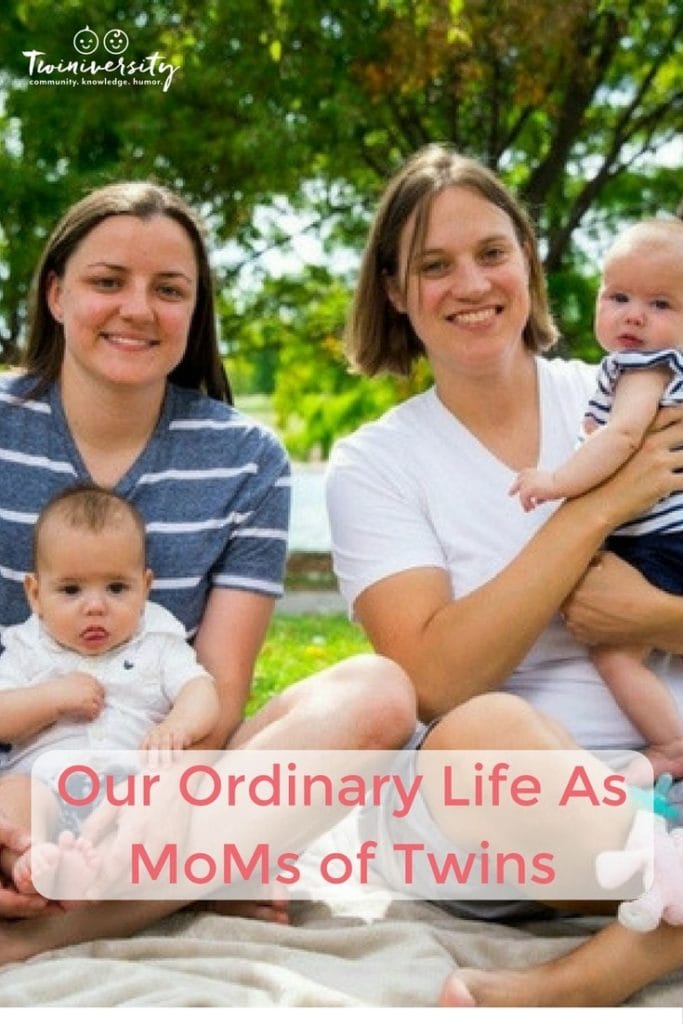 When we decided we were ready to start the process of having children, we had to be as sure as you can be. It can be a long and expensive process and there are no guarantees that at the end of it you’ll be successful. For us, it took five tries. By the end, we were using clomid, a fertility drug that increases the number of eggs that get released during your cycle. That fifth try, we knew we had two eggs that could potentially be fertilized. The doctors told us that our chances of having twins only increased by 10% under those circumstances. We had two eggs for the fourth try as well and we ended up with no babies. My wife and I decided that two babies were better than none and we were willing to take the chance. When we found out seven weeks in that we were in fact having twins, even though we were prepared for the possibility, we were still thrown for a loop. It took most of the pregnancy to wrap our heads around the fact that we were going to have two babies when we’d already been nervous for just one. But as anyone with multiples knows, once they arrive, you can’t imagine life without them. For anyone else starting this journey, even if you live somewhere less accepting than the place we live, I promise you it’s worth it once your children are in your arms. 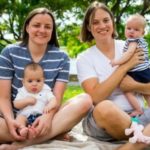 Maggie Lewis-Stevenson is a mother to boy/girl twins, Ethan and Quinn. She lives in Delaware at the beach with her wife, kids, two dogs and a cat. She co-owns a business with her mother, working part time from home.

Blended, Not Blended: Ups and Downs of A Blended Family

How We Made A Big Decision With Our Kids