Home » The Stress of Having One Twin in the NICU 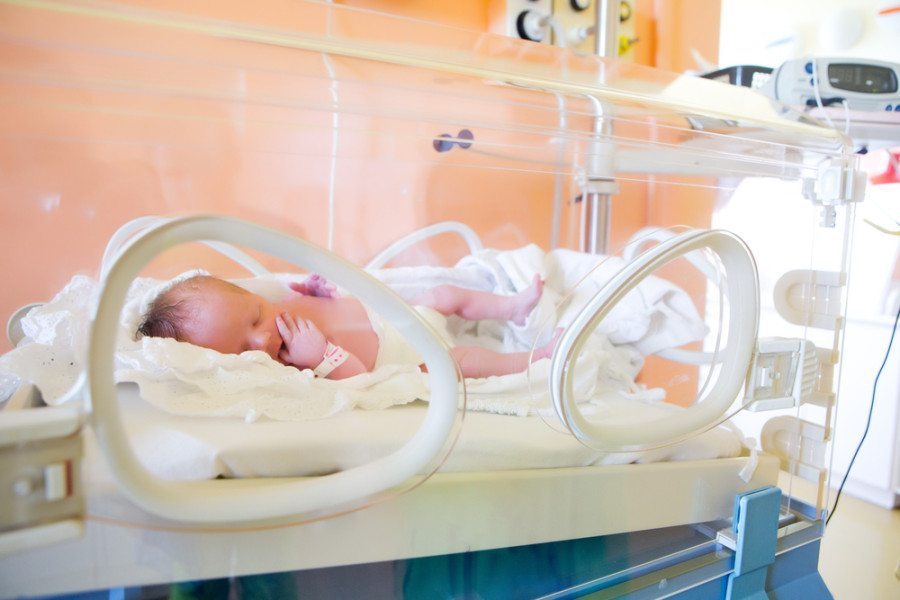 How do you deal with having one twin in the NICU and the other at home? The stress can really take its toll. Read how this mom dealt with it.

When we found out we were pregnant with twins we were quickly made well aware of the complications that came along with a multiples pregnancy—from doctors, books, the internet and perfect strangers. As the months chugged along and the belly grew we felt as if we were doing a decent job of preparing ourselves for the possibility of not being prepared for anything.

Birth plans don’t often go to plan (or even exist) with multiples. When people asked our due date we actually very comfortably told them what it was, but warned it could be significantly earlier. We knew I could wind up on bed rest, the babies could have some hiccups along the way, and that NICU time was very common with twins. The one thing I don’t think crossed our mind when we were trying so desperately to ease our minds was the possibility of one baby coming home with us after our surprise C-section and the other would have to stay behind in the NICU for 2 ½ weeks.

“We were very lucky.” It was our first thought when we were told our son was in the NICU, and looking back, it’s still the predominant thought. At 37 weeks both babies were actually fully developed as far as systems and organs, but at a routine check-up, our doctor told us our little boy was actually far smaller than we had thought (he was always in odd positions and difficult to get a true read on ultrasound) and was quickly running out of fluids.

After a pretty swift visit to the OR, we welcomed our baby girl at 6 lbs. 8 oz., while her brother weighed in at a mere 3 lbs. 3 oz. The nurses and neonatologists very gently but thoroughly explained to us that he needed to gain weight and strength before he could join his sister back home. We knew he was in good hands and that we wanted to do what was best for him to thrive, but driving home as a family of three instead of four felt so strange.

It’s nerve-racking enough being a new parent, let alone a new parent to twins. Juggling those new parent responsibilities between the hospital and home adds a whole new level of panic, questioning, guilt…you name it.

The good news is you get through it.

Yes, it’s exhausting trying to figure out breastfeeding and pumping and what your little one in the bassinet beside you needs at 2:00 in the morning, all while getting back in the car at 6 a.m. to be there for your other baby’s morning bottle. But the good news is you’re so busy going back and forth and learning how to survive in this new routine that you have little time to dwell on the many emotions coursing through your brain and body.

Whether your baby is in the NICU solo for a day, a week, a month or many months, parents of multiples lack the luxury of TIME, and therefore have little time to reflect on how hard it is, how guilty they might feel or how scary the whole situation is. Instead, you’ll soak up those moments that you get one-on-one with each child and feel thrilled that your little miracles made it. It doesn’t matter if they are doing it at home or at a hospital, but they are on the outside growing, learning, and being loved to pieces.

My baby boy finally came home 21 days after he was born. We had a little welcome home party for him with nearby friends and family, and it was amazing how quickly the new norm just felt normal. While he had been in the NICU it seemed so strange and sad that he and his sister who had been together for almost 9 months were suddenly not together, but as I guess twins don’t miss a beat, whether they are a few days old or going gray. They gravitated to one another the second we laid them down together and they haven’t drifted since. I also had secretly worried about all the “alone” time my son had in the hospital since the millions of books and websites tout the importance of “skin-to-skin” and love and snuggles from the moment of birth. But I know the NICU nurses are some of the biggest-hearted people on the planet and kept him company, and for better or for worse, at two years old he’s my biggest snuggle buddy and most outgoing, smiley little guy.

As with anything tough in life, things seem easier said than done, but if you find yourself juggling your time between newborn twins sleeping under different roofs, look on the bright side and know that there is light at the end of the tunnel!

5 Tips for Having One Twin in the NICU

1. Trust your NICU staff; they know what’s best for you and your baby!
2. But ask any and all questions you may have; at any and all hours.
3. Don’t feel guilty–your baby in the NICU is being doted on and getting lots of love and cuddles.
4. Don’t stretch yourself too thin. We probably tried to make it to more feedings and visits than we needed to in the NICU, when we also needed time at home adjusting to life with kids and getting rest when we could.
5. Keep your chin up! Both of your babies are here and getting strong and healthy in the best ways possible for them.