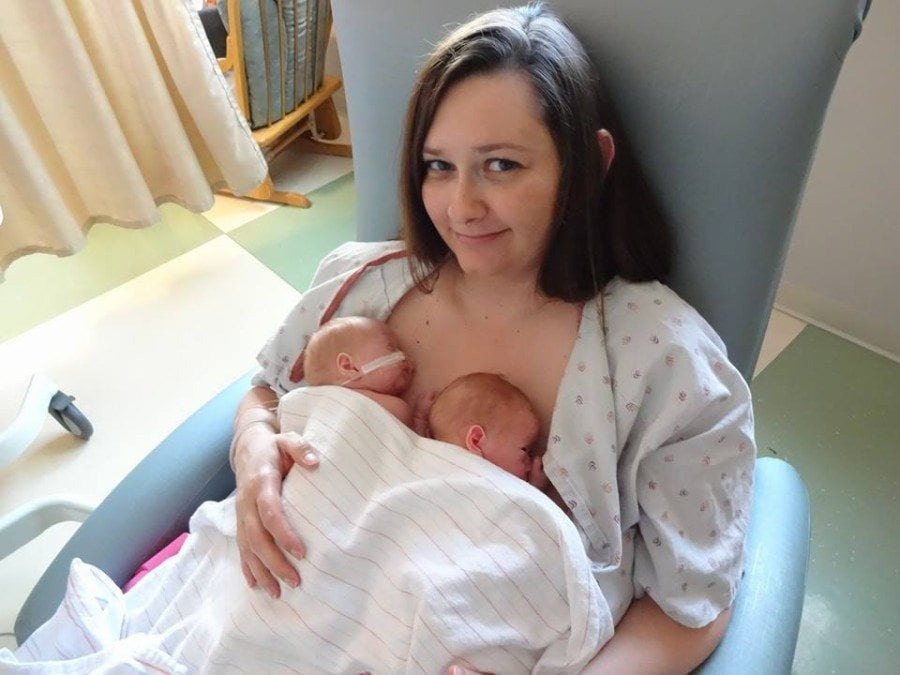 Breastfeeding twins is not easy, but it is definitely possible with some hard work and dedication. My twins and I had a rough start with breastfeeding. However once we got the hang of it, it became second nature to us. Here is my breastfeeding journey with twins through the multiple stages of their first year, and I hope some of the tips and advice can be helpful to other fellow moms or moms-to-be.

My twins were born prematurely at 33 weeks and had to spend time in the NICU, so I was not able to breastfeed them from the beginning. I was setup with a hospital-grade breast pump in my postpartum recovery room, and was instructed to pump every 2 hours during the day and every 3 hours at night to kick-start my supply. Each time after I pumped, either my husband or a nurse would bring the milk to the NICU for the babies. I had a notebook to record all my pumping times and the amount of milk I expressed. Keeping a log allowed me to monitor my progress, and also keep track of how much the babies were drinking. At times when there was not enough breast milk for both babies, the NICU would give the smaller twin all the breast milk, and supplement with formula for the other twin.

After I was discharged from the hospital and the twins were still in the NICU, I rented a hospital-grade pump to bring home with me, so I could continue to pump at home. Every morning before work, my husband (aka the milk man) would drop off all the bottles of breast milk that I had pumped from the night before at the NICU. I spent most of the day in the NICU caring for the babies. I would pump every 2-3 hours while they were sleeping, to make sure they had enough breast milk to last through the night (most of the time they did).

Eventually with some help from the nurses I was able to start nursing my daughter at the NICU, and she was a natural from the start. My son on the other hand was not the best eater. He had a hard time taking his bottles, and really struggled to finish his feedings. We really did not have much success with nursing at the NICU, so I thought I would have to pump/bottle feed him, while nursing his sister. Luckily, once he came home, he started nursing within a day or two, and within a week, I was able to tandem nurse both babies using the football hold. 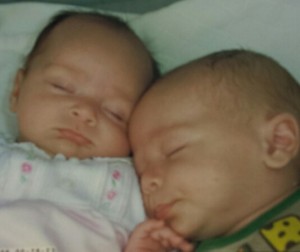 After the twins came home from the hospital, we continued with the 3-hour feeding schedule (8 feedings a day) that they were on at the NICU. Every three hours during the day, the twins would be changed, nursed, burped, and put down to sleep. Then I would pump for about 10 minutes after each feeding to build up my supply even more. By the time I was done with everything, it was almost time for the next feeding. Even though pumping after feedings took time away from other things (like sleeping), it was totally worth it because my supply did notably increase.

In order to ensure the twins have a full belly and sleep better at night, we would give the two overnight feedings using bottles. I would always pump after each skipped nursing session, so that my supply would not diminish. This was something that worked well for us, and allowed everyone to get a little more sleep. We continued with this routine, until our pediatrician advised us to start letting them sleep through the night and not wake them to eat (around 4 months). Even after they started to sleep through the night, I would continue to wake up at their usual feeding time to pump, so that I could build up a stash of frozen breast milk. 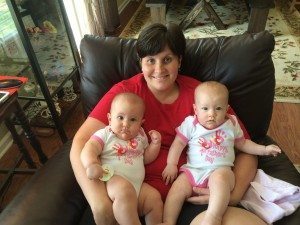 Shortly after the twins turned 5 months, our pediatrician gave us the green light to start introducing baby foods. We started slow with one meal a day, moved on to two, and eventually three meals a day by 9 months. I would always feed them the baby food first, then “top it off” with nursing after. By the time they were eating baby food three times a day, we went down nursing about 5-6 times a day (upon waking in the morning, before/after naps, and before bed). As they ate more solid foods, they nursed less, and eventually lost interest in it around when they turned one. At that time, we transitioned to whole milk in straw cups, and that was the end of our breastfeeding journey.

Some Useful Tools and Tips

Get a twin nursing pillow 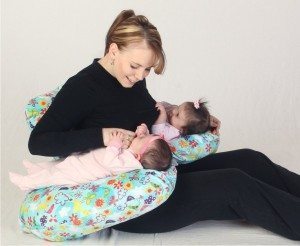 If you are going to tandem feed, then this is a must-have because eventually a regular nursing pillow is just not enough support both babies and allow you to nurse comfortably. In the beginning when the twins were small, I was able to tandem nurse using the football hold with a Boppy pillow. As they grew bigger the Boppy pillow was just simply too small to support both of them. I finally bought the My Brest Friend Twin Nursing Pillow, and I used it everyday until the day they stopped nursing.

What goes into your body is what will come out of it. If you are dehydrated, your body will not be able to produce as much milk. I always drank 1-2 glasses of water before every feeding session to ensure I was properly hydrated. I also find that keeping a bottle of water next to your nursing/pumping “station” helped remind me to drink more water. 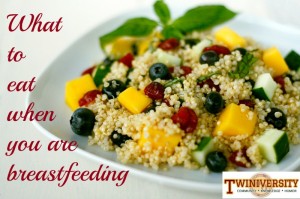 You can easily search for a list of foods that help boost milk supply, and try each of them to see what works best for you. Oatmeal worked well for me in terms of boosting and maintaining supply. It was also easy to make and I did not mind eating it on a daily basis. I literally ate oatmeal for breakfast everyday for as long as I breastfed the twins!

The lactation consultant I met with at the hospital suggested that I could try nursing tea to boost my supply. Traditional Medicinals Organic Mother’s Milk tea was the one I used. My supply noticeably increased once I started drinking it. I drank it about 2-3 times a day for the first 6 months.

Last but certainly not least, always remember to relax and enjoy your precious babies. They grow up way too fast!!! And don’t forget to take good care of yourself as well, because happy mom = more milk = happy babies.

I Couldn’t Breastfeed my Twins

Tips for Pumping Breast Milk: At home, at work, or on the go! 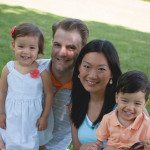 Linda Johnson is a multi-tasking work-from-home mother to 2-year-old boy/girl twins. She has been married for 6 years to a wonderful husband, and they live in New Jersey with their twins and an 8-year-old Weimaraner. She has a degree in Computer Science and works as a Business Analyst in the Financial Services industry. Shes enjoy traveling, snowboarding, and taking photos of her family and you can follow her on Instagram.