Home » How My Vaginal Delivery Compared to My Emergency C-section 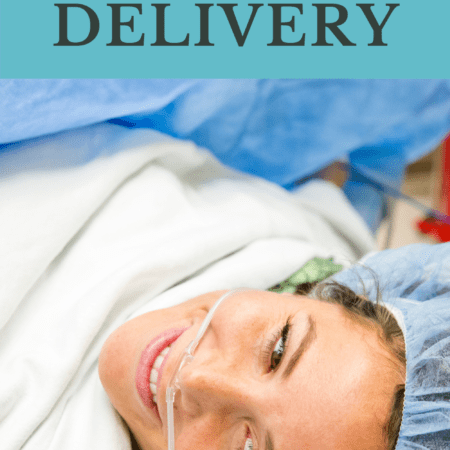 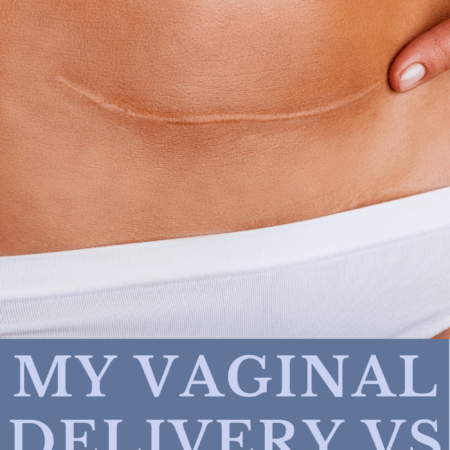 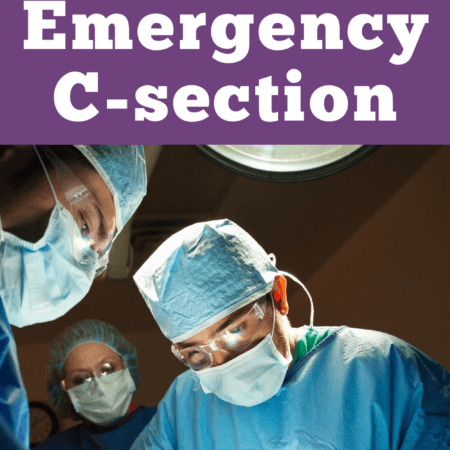 Curious about how different birth plans and outcomes? Read how a mom’s experience with a vaginal delivery compared to an emergency C-section with twins.

I recently posted a link to an article on Facebook about one woman’s view of her C-sections, as did several others I know. The reactions were interesting as mamas agreed and disagreed and mamas-to-be became nervous.

As someone who has had both a vaginal birth (with my singleton, Braeden) and a C-section (with my twin girls), I think it’s interesting to compare the two.

How my vaginal delivery compared to my emergency c-setion

I have to say that I would imagine that an emergency section (like I had) is very different from a full-term planned one. Having said that, I was surprised by people’s comments saying that a C-section is so much easier than vaginal birth. Umm, ‘scuse me? Maybe in the sense that you don’t have to do much of the work yourself, but in what world is surgery easy? There is a reason it’s called natural birth, our bodies are meant to do it, whereas our organs generally speaking are not meant to hang out of our stomach.

When I first found out I was having twins, I asked my doctor right away if I had to have a C-section. She told me we could go vaginal delivery until we discovered we were having MoMo twins, and the C-section was confirmed. I have to admit, I was bummed. Having had such a lovely birth last time (yes, lovely, but not pain-free), I was hoping for the same. Contractions I knew; surgery I did not.

I may have had a natural birth with Braeden (my singleton), but I was never smug about it. I didn’t have an epidural, but wouldn’t judge those who did. How does it effect me? It doesn’t, plain and simple. Similarly, if someone chose to have a C-section, that in no way effects me.

The urgency of my surgery changed everything

Knowing I was having a section, I asked my doctor a bunch of questions and talked to friends and family who had had them. Still, nothing really prepared me for the sterile, cold, and frightening experience of the girls’ birth. My doctor wasn’t able to perform the C-section, so we were with a doctor we didn’t really know, and it being a teaching hospital, there were interns and fellows in addition to nurses, doctors, and the anesthesiologist. Everyone kept saying my name wrong; Alicia? Alissia? Allison? It’s Alyssa. Seriously, haven’t you seen “Who’s the Boss?” Nothing says comfort like having to correct people 1,000 times.

I didn’t push. They pulled

I was told I would feel “slight pressure” on my stomach. Now, does slight pressure usually mean being heaved up and down a surgical table, because I was expecting a pinch or something like that. Instead, I felt like a wrestler was about to pick me up and throw me across the room at any second. In all honesty, that probably wouldn’t have been so strange.

Jason looked with Braeden’s delivery. I mean, he didn’t stick his head down there and get creepy, but he did watch and tell me what was happening. He looked as Ella came out too, and was instantly traumatized. I mean, how many husbands have seen their wives’ intestines? I told him not to, so that is all on him.

The birth itself was vastly different

With Braeden, he came out, cried, and peed right away. We all had a good chuckle before he was in my arms and I was in love. With our girls being preemies, there was no sound, just the doctor telling us when they were each taken out. Then, rushed to incubators, as I watched them on monitors, helpless, and not knowing if they were even alive. The tears of joy with our first birth turned into tears of fear and sadness with the second. We didn’t get that first family photo, of a smiling mom and a floating baby near her head, all decked out in hairnets and surgery attire.

That’s a hard pill to swallow with a vaginal delivery compared to an emergency c-section. And not one many are prepared for.

Recovery from the different births

After Braeden’s birth, I was up and walking around within a couple of hours and felt totally fine. Sure, a bit sore and sleepy, but with no tearing, I was pretty much ready to go and started going for walks as soon as we got home and into a routine. After the C-section, I had, as I call them, floppy legs. I had no control and had to be heaved around which I hated, as I kind of like being able to move my legs. My lack of independence was definitely one of the hardest parts of recovery when thinking about a vaginal delivery compared to an emergency c-section.

I never thought about how much we use our stomach muscles. At home, when I woke up in the middle of the night to pee, I realized it. I literally could not get up and had to get Jas to help me. For a while, I couldn’t even get in our car because of the height, so I had to stand on a stool to keep from bending too much. I walked like a little old lady at the beginning, hunched over and curled, afraid to stand upright in case I popped my incision open.

Although I did eventually heal, I scarred. And what a scar it is. The first time I saw it, it reminded me of Heath Ledger as The Joker and made me almost pass out. Why so serious? I hate that scar and find it disgusting. It’s a scar that brought me my daughters, but it’s really ugly and traumatizes me every time I see it. After the first birth, I practically was whistling zip di dee do da. After the second, I felt like belting out some German metal band.

So, is there a better birth? This is simply MY story of how MY vaginal delivery compared to MY emergency c-section. I know friends who had horrifying vaginal deliveries and friends with amazing C-sections and fast recovery, as well as the opposite. In the end, each story is special and we all are moms, no matter how those kids popped out of us. Don’t believe me? I’ve got the scar to prove it.

Alyssa Keel has worked as a social worker in both Canada and the U.S. for several years. Living in Toronto, Alyssa is mum to a rambunctious, curious, and loving boy and identical twin girls. During her high-risk mono mono twin pregnancy, Alyssa began blogging, an extension of her love of writing. Alyssa loves taking photos and impromptu dance parties with her son. Follow Alyssa and her family’s adventures at adventureswithmultiples.com.