Home » Will my breech Baby A flip in time? 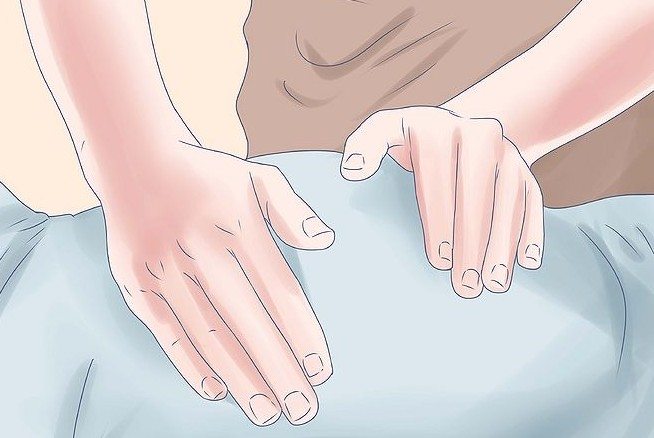 “I’m currently 32 weeks with twins. Baby A is breech, and Baby B is transverse. My doctor is giving me until 34-35 weeks for Baby A to turn head down or he will schedule a C-section. I really want a vaginal birth, and I was wondering 1) did anybody’s baby flip this late? And 2) are there any SAFE stretches/methods to help turn Baby A? My doctor said he has heard of some, but since there are no studies to back them up, he doesn’t recommend any to his patients. Any experiences shared are greatly appreciated!!”

Here’s what our community had to say!

– Our twin A was head down and twin b was beside him ALL OVER THE PLACE. In labor twin B went transverse… GAME OVER – C=Section. They CAN flip – but not always the way you want them too…

– Neither of my babies were head down until after 36 weeks. I was induced at 38.5 and delivered without incident. Gotta be flexible but put off your c-section and let the babies choose their timing (so long as not in danger). I think doctors rush too much.

– My advice… prepare yourself for a c-section because it is a possibility and there isn’t much you can really do if baby A doesn’t turn.

– I delivered my twin boys one week ago via c-section. They were in the exact same position. Baby A never turned. There just wasn’t enough room. I delivered at 38 weeks and my boys are perfect! I was scared to death of the surgery but it wasn’t nearly as bad as I imagined it would be.

– I had a c-section scheduled at 36 weeks due to breech twins but had done my research and had many moms of multiples having late flippers. The morning of my scheduled c-section (38 weeks) I requested a ultrasound to confirm their positions and baby A was head down ready to go! I ended up being induced and had a perfect vaginal birth!!! I now always recommend to other moms to get an ultrasound the morning of operation just in case!!

– My baby A (boy) was vertex and baby B (girl) was transverse at 34 weeks. They scheduled a c-section. My mom proceeded to yell at my abdomen and told her she had best flip and behave. A week later, she flipped. They canceled the c-section and I went into spontaneous labor at 36 weeks and delivered vaginally.

– I had the same situation with my di-di twin boys. I ended up having a c-section at 38 weeks. I looked into stretches/chiropractic things but in the end was worried about how big they were at that point and didn’t want to get them into a worse position. It just didn’t seem like there was enough room in there to not get stuck and get into distress and I was huge. That could totally be irrational though. I had an all-natural water birth with my first child so I was very against the c-section but you know, it was a blessing to be able to bring my babies into the world in a safe way for all of us. It wasn’t as bad as I thought it would be and we’re all here safe and sound-completely healed and healthy five months later. Sometimes we don’t get to choose how we birth but don’t let it get you down. However they come into the world, holding them in your arms makes it all worth it. Blessings for a healthy delivery, babies and mama!

– Had mine at 38wks 5days. Baby A was head down and B was breach. Ended up having both naturally. I do not recommend it to anyone!

– Mine were both breach. It saved me from having to make a difficult decision. Was I disappointed? Absolutely. I wanted to have a regular birth because I wanted to feel normal. Honestly – once I accepted it – it was okay. It will be okay. Having a c-section – while it’s not what you want – in the end it’s what’s best for you and your kiddos if that’s how they are positioned. You just want them to be healthy – and all will be right with the world.

– My baby B was breech until about week 34/35. Had a terribly uncomfortable weekend with a cone shaped belly. Was relieved at my Monday weekly appointment to hear they were both head down. No c-section. Delivered at 37 weeks 4 days.

– My boys were in the very same position. Had a c-section at 35 weeks, 4 days. Baby A was still breech and baby B had managed to tie a knot in his cord – how he had room for that I will never know.

– I had the exact same situation. I ended up with a c-section.

– Baby A was head down, baby B was breech. As soon as A came out, B flipped on her own. Both born vaginally.

– In my case, I went into labor at 33 weeks and baby A was cross ways in my belly – head at one side of my belly and feet on the the other side of my belly. I have babies really fast (had my 1st child in 4 hours- from start of labor to when he came out, vaginally with no drugs and had the twins in 1 hour!!!) I had to have an emergency c-section with the twins. Good luck!!

– I had B/G twins over 6 years ago. My girl was first and head down. My son was breech. I had vaginal delivery. My daughter was born at 9:07pm. After she was born, my OB turned my son inside of me and he was born at 9:16pm!! I had no rips or tears.

– The most important thing is the safety of your babies! Whatever birth plan you have, you should forget about it with twins… Anything can change during labour or even during pregnancy. Do not do anything drastic, instead concentrate on carrying them full term. Remember, whatever best for your babies is the way to go! Usually it is a c-section….

– Mine flipped the night before they were born. Baby A was head down the whole pregnancy and stayed that way. Baby B was breech and two weeks (31 weeks) before they were born she flipped. My water broke at 33w3d and she was still head down, labor started the next day and they rechecked position and baby b had flipped back to breech! How I did not feel it I do not know!

– Mine were both transverse. I wanted to deliver naturally as well but the babies didn’t want to budge. I never got to make an appointment for a c section. They decided to be born a few weeks ahead of schedule. They are turning 1 tomorrow.

– We had 2 OB’s at our hospital that were comfortable flipping the baby after the first one came out. They literally reach up in there. It didn’t end up happening because the boys weren’t coming and I had to have a C-section. Other than that I would not try to manipulate the baby from the outside. You can never really be sure what is happening. Your babies will be born the way they were intended to.

– My two babies were in the exact same position as yours and they never ended up turning…not enough room to move at the end. I tried a few exercises, but it didn’t help. I also wanted another vaginal delivery, but ended up with a c section.

– Spinningbabies.com and a chiropractor who has training in pregnancy or Webster technique or acupuncture. As for preparing for a cesarean, find your local ICAN chapter to help you prepare what to expect and do research on gentle/family-centered cesareans.

– Baby b was head up, flipped at 35 wks. That sucked. Then she flipped again head up about a week later.

– Trust your doctor and do what’s best for the babies. There is a reason the babies are not head down….. Safety for you and your precious babies outweigh “natural” birth. Best of luck!!!!! I hope you have a wonderful delivery

– My twin a was down and twin b was breech. He flipped at 32 weeks and they did an emergency c section. Flipping is not always a good thing!

– My baby A was breech and baby B was head down at around 32 weeks, at 36 weeks right before I delivered baby A turned headed down and I was able to deliver by b/g twins vaginally. Good luck to you!!

– My baby b flipped 3 times after 32 weeks. She was small though, so she had room to move. I went along with the c section because she was so small. The doctor didn’t think she would survive labor. C section went great and they are now 6.

– My twin boys were both head-down at 38 &1/2 Weeks. However, once labor was induced and begun and baby A was delivered vaginally, baby B flipped transverse and I was in need of an emergency c-section. It was a double whammy, but they both made it out safely.

– I have identical girl twins, monoamniotic, monochromatic….they too wanted me to schedule a c section and I politely declined. twin A was breach until the day before and she flipped. Twin B decided to attempt to be breach after A was delivered but they were successful in turning her…ALL was good….but it was certainly down to the wire!

21 Tips for Moms Having a C-section

What if I don’t get the twin birth I wanted?