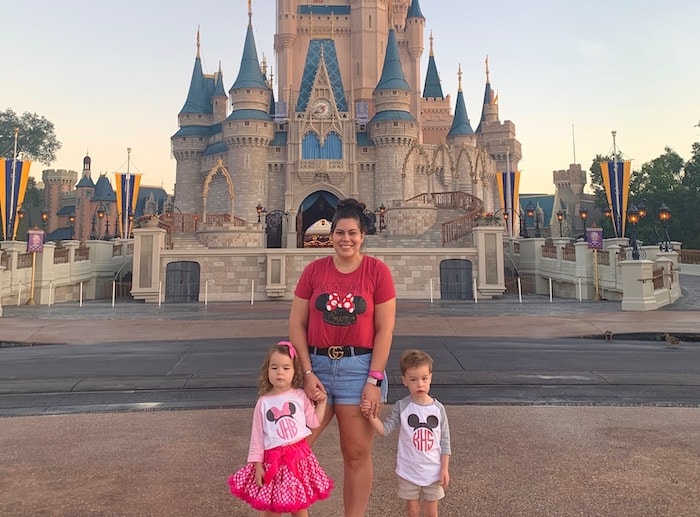 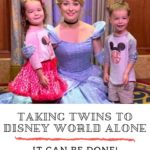 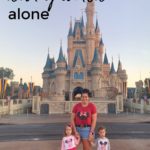 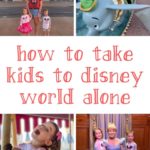 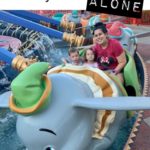 A mom shares her adventure of taking 3-year-old twins to Disney World alone, including great tips on how to manage it all by yourself.

“You’re crazy” is the first thing out of everyone’s mouth when I told them I was taking my 3-year-old twins to Disney World alone. Even my husband thought I was certifiably insane.

Well, spoiler alert, I took my twin toddlers to Disney World all by myself and — although some of you may still think I’m crazy for that — it was the most magical day ever.

As soon as I decided the three of us were going to make the trip I started planning. Being someone who meticulously plans everything I knew that our Disney World trip would have also have to be mapped out to best utilize our time.

I used my Disney account on their website (completely free to set up) and bought our tickets. After purchasing tickets I downloaded the Walt Disney World app on my iPhone (also completely free) where I booked all our fast passes.

Next, I pulled up a detailed map of the Magic Kingdom and made an entire list of all the rides and experiences I could potentially see the twins and I doing during our day.

If you are curious to see the list I made, here it is:

My twins are 3 so this list was tailored to their age group, but I think making a ride/experience list is one of the most helpful preplanning tools you can use, no matter what age your twins are. As you can see it’s a very extensive list, and I knew we would never get to each thing on the list, but having it all written out in front of me helped me to plan our day.

For our fast passes, rather than book rides I chose to book experiences meeting characters. I thought that at the end of the day if I could guarantee three things to absolutely happen for the twins it would be to meet Cinderella (Princess Fairy Town Hall), meet Mickey Mouse (Mickey Mouse at Town Square), and meet Ariel (Ariel’s Grotto). Since I had fast passes booked in advance for these attractions I was able to tell the twins that we were going to meet all of them, which made them even more excited for the trip. Now that all my planning on the back end was done it was time to prepare to take them to Disney World all by myself.

Armed with our amazing travel double stroller, (the Chicco Echo Twin Stroller) a backpack full of snacks and sunscreen, and a whole lot of excitement, we were ready to head down Main Street.

My biggest piece of advice for anyone taking their twins to Disney World alone would be to talk with your children about the day you have planned. I must have talked every single day for at least a month beforehand to the twins to prepare them for what they would see, hear, and experience. I told them it was likely going to be very loud, and very busy and because it was just Mama with them that it was very important to stay close and be a good listener. It may sound silly but I used to be a teacher before I had my twins, and it is amazing what we can help our children excel at when we simply talk to them and set the expectations for things.

So now the logistics: how did I do it? When walking around the park they both sat in their stroller. Since they are 3 years old and they really aren’t big stroller fans anymore I honored their wishes to not be strapped in. Having them both in the stroller was an easy and quick way to maneuver around the park, and also let them take in all the sites to see.

We arrived at the park so early in the morning, that as we were walking down Main Street the sun was rising with us. I planned ahead and chose a day to do Magic Kingdom that had extra magic hours. Magic Hours are a special time each day either before the park opens or after the park closes where Disney Resort guests are allowed to be in the parks with only other Resort guests; aka small crowds.

Sure this meant that I woke the twins up at 6 am, but it turns out waking up 3-year-olds early by telling them you’re going to Disney World is actually so much fun. We were out the door of our resort and onto the bus.

Make sure you bring a double stroller that folds easily because you have to fold it to get on the bus; I would have the twins walk in front of me to enter the bus and I would enter behind them carrying the stroller. But in all honestly there were so many kind people who offered to grab my stroller and load it onto the bus while I got the twins on that it wasn’t a problem.

We made it into the Magic Kingdom by 7 am. Since the parks weren’t opening until 8 am we had everything basically to ourselves for that hour. Security and park admission was a breeze to get through because there were not that many people there.

We enjoyed a stroll down Main Street and an up-close view of the castle where I was able to get stunning pictures of the twins with absolutely no people in the background (this never happens). We were also able to do 4 rides in that hour before the park opened because it was so empty. So if you can get out the door early, your Magical Day will start off with a bang!

Whenever we arrived at our ride or character experience we parked the stroller, and they knew it was time to hop out. The three of us would walk to the ride entrance holding hands. Prior to arriving, the lines and wait times are the things I thought would pose the biggest issue on our trip. I kept thinking to myself, “How on Earth am I going to keep two three-year-olds contained in lines all day by myself?

Luckily for us, the time of year we visited the park was fairly empty so lines were almost nonexistent. In the cases where we did wait in a small line I would just bend down to be on their level and talk to them about how the day was going (what have they enjoyed, what do they think this ride will be like, what else are you looking forward to doing today). We also did some singing, and counting while we were waiting. I am all for a fun educational activity that requires no materials to fill in a time gap. In all honesty, the thing I was most worried about turned out to be one of the easiest things to deal with.

Also, it’s worth noting the Tomorrowland Speedway (where the adult uses the pedals but the child drives) was amazing to work with as an alone adult with two children. They put a special flag on my car so that our first time riding my son got to drive. When the ride was over instead of exiting and waiting in line again, they let the kids switch positions and my daughter was then able to drive. It was a great way for each twin to experience driving without waiting in line two times!

After rides, we exited the same way, and the twins knew they had to hold my hand until we found our stroller, where they hopped in and we pushed our way to the next stop.

In between rides and experiences, we reapplied sunscreen, we stopped for bathroom breaks where I would have everyone try to go even if “they didn’t have to pee”. I packed a lot of snacks for the kids, and I would just find a bench I could pull the stroller to so that I could sit in front of them while we all ate.

I tried to keep our plans (and fast passes) in the same area in certain time blocks. For example, when we went to Adventureland, we did all the rides in that area before we left. This helps so that you aren’t constantly running from one side of the park to the other.

My last piece of advice would be to just read your twins. Take a good look at them; are they getting tired, are they hungry, are they overwhelmed, are they good to keep it going, are they just plain DONE? You can have the most perfect day ever planned, but we all know from raising twins that they really dictate how the day will go.

After we ate lunch (I highly recommend eating somewhere inside with AC, and before noon when the lunch rush comes in) and rode a few more rides I could tell that my twins were done. They were hot, they were sweaty, and they were getting tired. So I asked them what they wanted to do, “Should we ride more rides, or should we head out?” They both unanimously agreed they were ready to go, so I followed their lead and we called it a day.

All in all, it was truly the most Magical Day ever. I got to watch the joy on their faces as they met Mickey Mouse and dance around with Cinderella. I got to hold their hands as we flew up and down and around in circles on Dumbo. I got to laugh as I watched them wave and yell ”Hiiiii people” while we rode the Carousel. I got to watch their eyes light up and take in all the sites and sounds on It’s a Small World. I got to squeeze them tight at the end of the day and thank them for giving Mama the best day ever.

The moral of the story is no matter how crazy it sounds pack those twins up and head out for a Magical Day, because I’ll tell you right now us Twin Mamas can do anything! 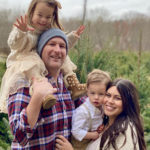 Nicole Haviland is a former second grade teacher who now spends her days playing Mrs Mama to her 3 year old twins Vivi & Kip. She is always off on an adventure with them, creating new art projects with them, and helping them explore the world through discovery and play. But most importantly she is having fun on this amazing journey of Motherhood with twins!