Home » The Truth Behind your Child’s Tantrum 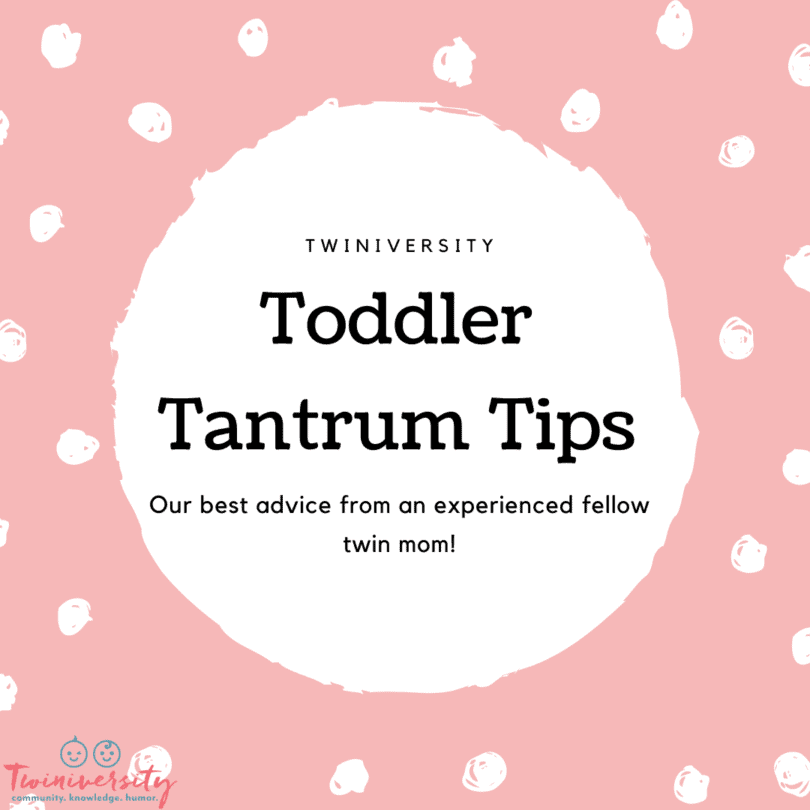 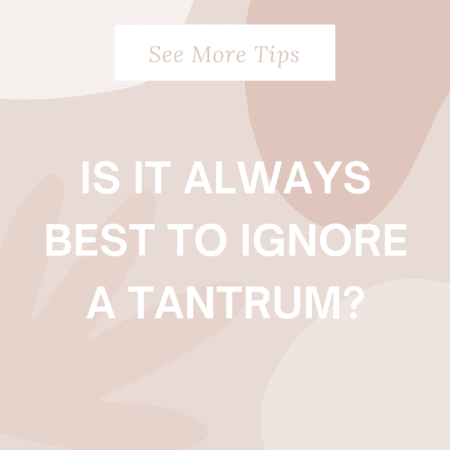 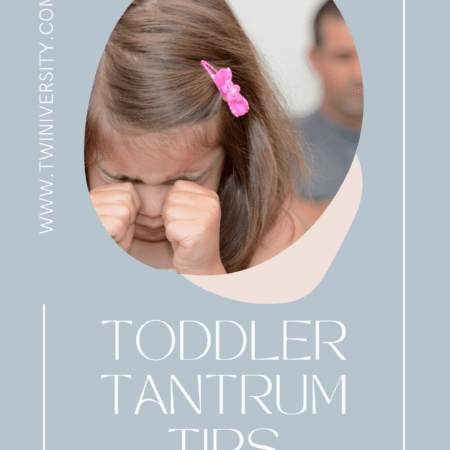 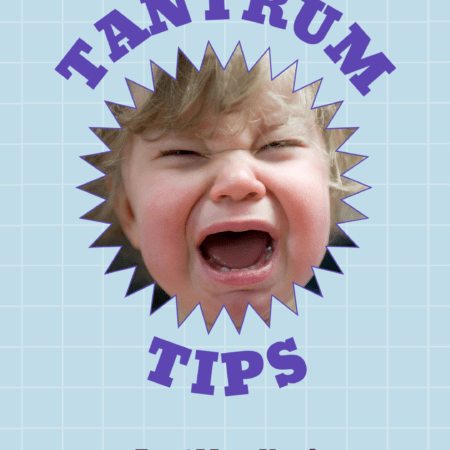 Tantrums are the worst! Whether you are on the receiving end or an unlucky observer, a child meltdown can make you question your parenting ability, confidence and sanity. Having three kids over the age of 5, I feel like I’ve experienced more than my share of temper tantrums and I’ve also tried all the techniques for dealing with tantrums and meltdowns. We’ve done time out, taking toys away, taking screen time away, attempting to calmly explain myself, chores, and my least favorite, yelling from me and even more screaming from them. From the age of 18 months through 5 years, I did not voluntarily take my kids out of the house on errands in an effort to avoid a tantrum in public.

The majority of temper tantrums are often a child’s response to unmet needs or desires. In general, children haven’t developed good coping skills, so when frustration sets in, they tend to just lose it instead. For younger children, their lack of communication skills tends to lead to their tantrums. Dare we say, these tantrums are a normal part of their learning and developments. Temper tantrums happen. Sometimes, they just do.

Don’t beat yourself up. Toddler tantrums are NOT a sign of a bad parent! The are incredibly common and almost unavoidable at various stages of parenting. Let’s talk about how to avoid them and how to deal when avoidance just won’t cut it.

How do you stop a temper tantrum?

In a perfect world the best thing to stop a tantrum would be to prevent tantrums from happening in the first place. Surprisingly, there are actually things you can do on a regular basis in the spirit of prevention of childhood temper tantrums.

If it is too late for prevention, then it is time for an intervention.

What is the best way to handle a tantrum?

When your young child is in the middle of a tantrum, it can be tough to keep yourself from having your own outburst too. Try to keep your cool when dealing with a tantrum. I’ve learned the hard way that when I am on the verge of my own meltdown, it DOES NOT diffuse my child’s meltdown. Don’t complicate your child’s temper tantrum with your own frustration or anger. Compassion is always more powerful than anger.

Take a moment of quiet time and deep breaths for yourself when your child melts down. Remember that they are watching you and learn by example. Try to be a role model for them as opposed to getting into a power struggle with a toddler.

If your child is hungry or tired, opt for a snack and a nap, not a trip to the grocery store or some other type of errand that will require good behavior. Be prepared to alter your daily routine as needed. A consistent routine is helpful but you need to know when to call it for the day, ya know?

If a tantrum is happening to get attention, the best way to handle it is to ignore it. If your child is looking for attention, remember that negative attention from you is still attention. Ignoring works because it takes away attention from the behaviors you want to decrease.

If a tantrum happens after your child has been refused something, stay calm and don’t give an explanation for why they can’t have what they want. While your child is in the middle of an emotional outburst, there is no way to get through to them. Move on to another activity with your child.

If a tantrum happens when your child is given a task they do not want to do, it’s best to ignore the tantrum. But be sure that you follow through on having your child complete the task after she is calm.

For children between 1 and 2, temper tantrums often stem from trying to communicate a need, but not having the language skills to do it. If your child is too young to communicate their needs to you, your technique may be lost on them as well. This is a time when you may need to provide comfort. Give your child a big, firm hug. Hugs make kids feel secure and let them know that you care about them, even if you don’t agree with their behavior.

Is it OK to ignore a tantrum?

If your child misbehaves in ways that present a safety issue or exhibits aggressive behaviors, do not ignore them. Dangerous and destructive behaviors should never be ignored. Either way, stay calm so as not to escalate the already upsetting moment.

What should I do after a tantrum is over?

It is important to praise your kids for any and all positive behavior. Maybe it took her 3 minutes to calm down. That’s OK. It still warrants praise. Letting your child know that their feelings are valid and that they are loved ALWAYS is key.

Telling your little one, “Good job getting yourself calmed down” will go a long way towards preventing a future meltdown. And even if not, it may help them to calm down at 2 minutes instead of 3 next time. Progress over perfection!

What should you not do during tantrums?

In the heat of these temper tantrums, there are few things that just don’t work with a young child. Let’s talk about some of them so you can avoid the pitfalls, too.

My parental instincts always tell me to ask questions, so I’m guilty of this one. Young children don’t have the mental development or language skills to express what they are feeling, hence the temper tantrums. So asking them questions in the heat of the meltdown, will just add frustration and prolong the tantrum.

Don’t threaten to take away the treat, or put them in their room, or take them to sit in the car, if you are not going to do it. Empty threats actually teach kids to misbehave. Plus, not following through sets us up to lose our position of authority with our children. If we are going to threaten, we have to follow through. Quickly and without emotion. The key is to be consistent. If you can’t follow through with the threat, don’t threaten.

The middle of a temper tantrum is not the time to explain to your two year old the why; why they couldn’t have another treat, or why they have to wear a coat to school. Save the explanations for after the tantrum is over. Meltdowns are about emotions, so trying to use our adult reasoning skills won’t help.

Yelling is my go-to emotion. I’m not proud of this, and it is actually my least favorite trait so do what I say, not what I do. Our kids are looking for attention when they throw a tantrum. Yelling gives them the attention they are looking for. Not to mention that our children learn reaction from our reactions. So we’re actually teaching them to do exactly what we say we don’t want them to do.

Sarcasm is confusing for toddlers and preschoolers, as well as belittling.

At best, your child will feel confused by your use of sarcasm, at worst, they will feel demeaned. Either way, the tantrum will just get worse.

Do not reward your child’s tantrum by giving in. This will only prove to your little one that the tantrum was effective.

When should I call the doctor about a tantrum?

This can be hard to say. Some little ones are just more defiant and stubborn than others. Frequent tantrums are usually signs of changes in child development stages. It will usually subside over time with consistency. These meltdowns are a response to frustration and nothing to worry about.

On occasion, these extreme reactions could be a sign of something more serious such as Autism Spectrum Disorder or certain psychiatric disorders. Your child’s healthcare provider can help assess that possibility. Make sure you mention temper tantrums if you are concerned. Strong emotions often elicit strong reactions and as parents, it can be hard to differentiate between typical or severe tantrums.

Rest assured, temper tantrums in toddlers and young children are common and typically nothing to worry about. Your pediatrician would be your go-to resource when it comes to the assessment of temper tantrums. They are trained to spot the differences between atypical tantrums and common meltdowns due to typical child development milestones.

No matter the preparation or denial, tantrums in children are inevitable. I am in the stage now of teaching my twins to use their words instead of whining, screaming and crying. Although a tantrum still sneaks out every now and then, I praise them when they get it right! It is so rewarding to witness them keeping their cool in a situation that just weeks ago would have ended with a child lying face down on the ground, kicking and screaming. No matter the technique you use to deal with a tantrum, it is ALWAYS okay to let your children know that you love them no matter what. Positive comments build self-esteem, and self-esteem builds healthy, confident, comfortable-in-their-own-skin humans.

Different Parenting Styles: Aren’t We All Just Doing The Best We Can?