Home » I Hate Having Twins and I Feel Horrible About It 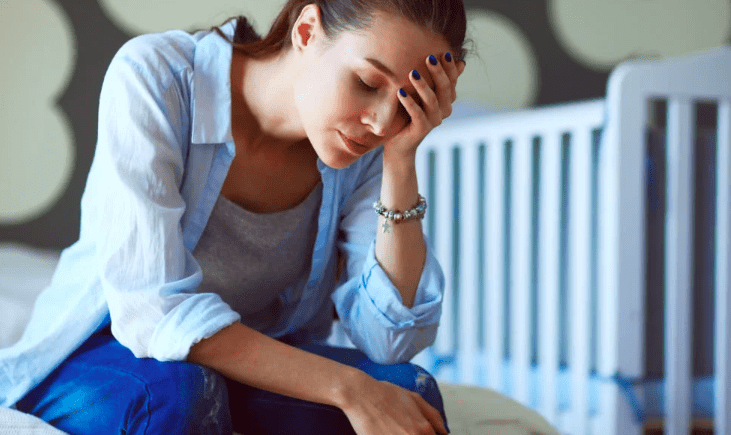 A mom of twins wrote in with this question:

“I have 11-month-old twin girls. And I hate having twins. When I found out I was pregnant with twins, I was not excited. I only wanted one baby. But it got even worse after they were born. It’s twice the work and half the sleep that singleton parents have. They were my first pregnancy so I’ll never know what it’s like to have that easy life of just one baby. Don’t get me wrong, I love both of my kids. And I soak in the magical twin moments and experiences whenever they occur. I know I’m blessed and I don’t hate having kids….. I just wish I could’ve had them one at a time. Any other twin parents dealt with or dealing with this??”

Oh, boy. Now, this is a touchy subject! But it’s an important one that needs to be addressed. We went to the Twiniversity community to hear their best advice…

I Hate Having Twins and I Feel Horrible About It

I think it’s difficult having twins because you see what singleton parents get to do with their babies. It’s easier to go to the store, out to eat, or just any outing. It can make you envious of someone with just one. But remember that you get to experience having twins and all the really cool moments that come with it! Mine are now 6 and it was hard when they were little, but it does get easier! – Erin M.

Yeah, I felt that way with the dreaded trip to the store just for 1 thing. Or wishing I could’ve gone to the zoo alone but afraid for their safety. I didn’t hate it until my third came along when they were only 22 months. ? BUT I will say, having only 1 after twins is a piece of cake. Don’t do it until your twins are at least 3.5-4 years old and potty trained. Trust me. – Jennifer M.

My twins were babies 3 and 4… I love them so much, but sometimes catch myself thinking, “What if it were only one baby?”? – Missy W.

I had a singleton first and really struggled. I remember thinking, “Thank God I haven’t got twins!” When I found out I was having twins I was terrified. I think I built it up to be so horrific in my head that when they actually arrived it wasn’t that bad. Don’t get me wrong, it’s tough, but I really do feel like I’ve coped better this time around than I did the first time. Try and get as much help from people as you can. And don’t feel guilty, if we’re being honest, we’ve all been there. – Helen J.

It gets easier. I resented it in the beginning. I could do nothing without needing help. But when they could help and walk on their own feet, and play together it became joyous. The second set made me cry when I found out. But the first set helped with the little ones. Nothing was shocking the second time around. They are all teenagers now and they are marvelous. It gets better. – Kim O.

Yes, it has been a mental struggle for me too. Mine are 4 now and it does get easier. 1-3 was pure hell though, not going to lie. Try to get help in, if you have access to any. Hugs and hang in there. – Candi M.

Oh my gosh. Yes. My first pregnancy was twins, I loved it, but then when they were ten, I decided it would be nice to have another baby with my new husband. My doctor even said, “It’ll be nice to have one, it’ll be a breeze for you.” Then it happened. The ultrasound showed twins. Everything changed. Again. When they were babies, I cried a lot. Just wishing I only had one. It took until they turned one for me to finally be truly happy to have twins again. I still get frustrated sometimes. Mainly cause daycare costs are so high with two that I decided to stay home with them, and I really want to proceed with my career. It’s not easy, I get it. – Jade C.

I was the same way… wished I had an easy pregnancy with just one baby, not 2! Trying to deal with preemies and giving both what they need. The first year was hard. Mine are 4 now and it does get easier in some ways. Hang in there. And heaven help the mom that says she knows what it’s like cuz she had babies close in age. ? – Janell W.

Totally. For the first two years, I did not like having twins. I loved my children, I just didn’t like that they were born as twins. Since I knew they would be my only children, I felt robbed of the experience of a normal pregnancy, a full-term birth, and the ability to bond with one baby at a time. But I did my best to shut down those feelings because they were really unhelpful. And as the twins got older it got SO much easier. Now they’re three years old and sometimes I’m actually really glad they’re twins, and I know that feeling will come more and more often as they get older (especially as the memories of their birth and their first-year fade). My advice is to focus on the good, don’t allow yourself to think about how much different/better/easier it would have been to have the babies as singletons, and give it time. It will get better!!! ❤️ – Elyse J.

Twins are a real kind of hard! In the hard, exhausting moments I have felt helpless!! I had to intentionally change my way of thinking. I was constantly looking forward to the easier times and now that they’re here (my boys are 3) I so wish I would have tried much harder to enjoy and stay calm in the chaos. Talk to your doctor – you may have slight postpartum depression or anxiety. I never thought I did and recently after doing more research I think I did. You are not alone, just don’t wish these times away because we can never get them back. – Amanda S.

Even though I already had an older child, I felt the same way when I found out we were having twins. It was extremely hard for us all the first 9 months as my boy twin was incredibly demanding. I often wished I’d had them separately so I could have given them each the individual attention they needed and deserved. But, we got through it and now they are 15 months and it’s gotten so much better. They are so stinkin’ fun. That’s not to say some moments/days still aren’t tough – they are of course. Hang in there ♥️ – Taylor F.

Yes! I found out when my second boy was 3 months old we were pregnant again. I was not happy. Then at my first ultrasound I was told it was twins. I had a complete meltdown in office. I was by myself with my 4-month-old baby and freaking out. Twins are definitely hard. You have to do everything X’s 2 and it gets exhausting! Like you said, we love our kids and would do anything for them and wouldn’t trade them for the world, but life would definitely have been much easier if we just had 1 instead of 2. – Tabitha C.

Absolutely. I cried for my entire pregnancy. I couldn’t even talk about them. And then I felt guilty about it. And even to this day I feel cheated about not having the more relaxed experience of a singleton for my second child. All that being said, 7 years into it, I have truly realized how having twins (and their older brother ?) have made me a better, stronger person and have made my life so much more full and rich. They truly took me out of my little box that I had imagined for my life. Hang in there mama, you can do it! – Stephanie K.

It gets better when they’re five and going to kindergarten and your friends are still dealing with bottles and diapers! – Lisa M.

And, finally, we asked Twiniversity’s founder Natalie Diaz for her personal advice to help out this mom in need…

First of all….deep breaths. I would love to sit here and pretend that I can’t empathize, but I totally can. It took me FIVE years to conceive. During those five years, I planned activities and gear and even my parenting style, never even considering that twins could be in my future. When I was in the doctor’s office having a sonogram and the doc said, so matter of factly, “….and there’s the second heartbeat”, I nearly keeled over.

I’m not trying to be a self-promoter here, but did you read my book “What To Do When You’re Having Two“. Did you ever read LITERALLY the first page? It describes what I call “twin-dread”. You’re happy to be pregnant, but you don’t know what to make of this “second heartbeat” business. It’s A LOT to take in and that’s just during pregnancy. Once they are here and you’re like, “What the heck are all my singleton friends talking about with parenting being hard??!” HA! I say to you and your one baby….BUT then I remember I’m a kind-hearted person who should always realize that everyone experiences a different level of “hard”. For us, yes, it’s juggling two children that feel like they are part-human, part-octopus half the time, but I have some good news.

You may feel this way now, heck…you may feel this way forever, but your kids will be THRILLED to have each other. And you know what…that’s going to keep you going. Your puppies are still that…puppies, but I assure you, once they turn three and then four and then five, and so on, you’ll see that all your hard work in the early years was totally worth it. Once they are big enough, you’ll look back on this time and you’ll think to yourself…”Self, if it was only one…which one would it have been?” and then you’ll realize that your life would be so different, in a bad way, if you didn’t know that other kiddo.

I OFTEN do this and my twins are 13, LOL! I think it would be my Baby A. She’s the one I’d want around if there was an apocalypse. However, my Baby B is my sweet little bird who is so financially smart for a kid it blows my mind. So, heck yeah, I would have loved to have one baby at a time like a “normal” person, but then I reflect for a moment or two and be like F*** THAT! I crushed this twin parenting thing and I’m a stronger woman/mother/wife/sister/daughter because of it, so THANK YOU Twinnies!

Plus, if I didn’t have twins…we wouldn’t have Twiniversity, and where would you go to ask this question??? Right, LOL? Mother Nature has a plan for us and our job is to just trust and breathe into it. Ahhhhhhh….

How Can I Stay Organized With Twins?